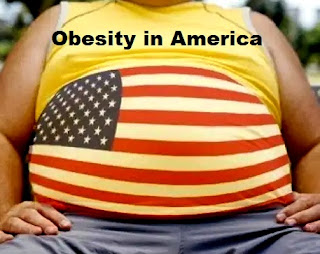 Recently, the 16th annual State of Obesity: Better Policies for a Healthier America report was released by Trust for America's Health (TFAH). The U.S. adult obesity rate passed the 40 percent mark for the first time, standing at 42.4 percent. In fact, the national adult obesity rate has increased by 26 percent since 2008. The report, based in part on newly released 2019 data from the Centers for Disease Control and Prevention's Behavioral Risk Factors Surveillance System and analysis by TFAH, provides an annual snapshot of rates of overweight and obesity nationwide including by age, race and state of residence.

Generally, the data shows that the more a person earns the less likely they are to be obese. Those with less education were also more likely to be obese. Rural communities have higher rates of obesity and severe obesity than do suburban and metro areas. Socioeconomic factors -- such as poverty and discrimination -- have contributed to higher rates of obesity among certain racial and ethnic populations. Black adults have the highest level of adult obesity nationally at 49.6 percent. Latinx adults have an obesity rate of 44.8 percent, and white adults are at 42.2 percent. Asian adults have an overall 17.4 percent obesity rate.

As most people are aware, obesity has serious health consequences including increased risk for type 2 diabetes, high blood pressure, stroke and many types of cancers. Concerns about the impact of obesity have gained greater attention this year as having obesity is one of the underlying health conditions associated with the most serious consequences of COVID infection, including hospitalization and death. The new data from TFAH means that 42 percent of all American adults are at increased risk of serious, possibly fatal, health impacts from COVID-19 due to their weight and health conditions related to obesity.

Rates of childhood obesity are also increasing with the latest data showing that 19.3 percent of U.S. young people (ages 2 to 19) are obese. In the mid-1970s when I was around ten years of age, only 5 percent of young people had obesity. Being overweight or obese as a young person puts them at a higher health-related risk as an adult. Also, children are showing earlier onset of what used to be considered adult conditions, including hypertension and high cholesterol.