My Running Adventures Featured In A New Book 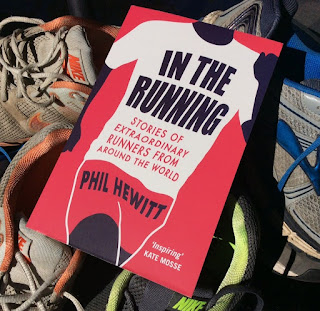 This week I learned of a book written by Phil Hewitt that was published by Summersdale Publishers in the UK last September titled "In The Running." It includes "stories of extraordinary runners from around the world." Much to my surprise, I am included in the book!

Chapter 10 is "Pushing the Limits of Human Endurance" and the story of my adventure runs across states and countries is included. The book is currently available on Amazon in the UK and will be available in the United States through Amazon in October 2017.

Through online bookstores in the UK, the book has been described as follows: "From the strength and stamina of well-known runners who achieve the almost impossible to the extraordinary runners who have changed lives and history, this collection of unforgettable stories will inspire anyone who's ever pounded the pavement to keep on running and enjoy every minute of this liberating sport."

Interestingly, the author didn't contact me at all while writing the book. He clearly obtained information about me and my running adventures through online information. The book preview I saw via Amazon only showed one page about me and the information on that page appeared accurate. I hope the other content about me is also accurate. There are many fine runners included in the book, and I stand in great company. The author writes about 93 accomplished runners throughout history, such as Steve Prefontaine, Dean Karnazes, Scott Jurek, Pat Farmer, Paula Radcliffe, Dennis Kimetto, Mo Farah, Paavo Nurmi, Roger Bannister, Terry Fox, Kathrine Switzer, Dave McGillivray, Amy Hughes, Kim Allan, Jon Sutherland, Emil Zatopek, Kip Keino, Haile Gebrselassie, Grete Waitz, Rosa Mota, Joan Benoit Samuelson, and others!

Some written reviews of the book include:
It's an honor to be included in a book containing profiles of runners that I have admired for many decades.

The Challenge and Satisfaction of Taking That First Step 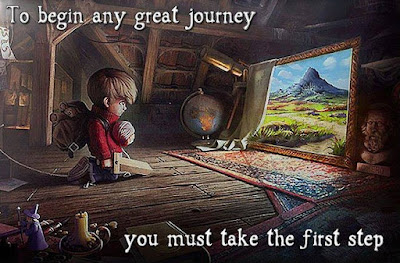 It was 11 years ago today that I began the greatest solo journey that I have ever taken in my life. That journey was over 6 million steps between the Pacific Ocean and the Atlantic Ocean. All 6 million steps across America were difficult in one way or another, but perhaps the most difficult one to take was the very first one.

In order to take the first step of any great journey, you must first get through the endless hours of contemplating what might happen... or what might not happen. There are days, weeks, months, and sometimes years of preparation. Often times, a feeling of uncertainty and even fear can overtake you, and at times you may battle with doubt regarding your ability to succeed at the journey. There is so much that goes on inside the mind before the first step is ever taken. As I stood on the edge of the Pacific Ocean on June 23, 2006, the people who gathered to watch me take that first step didn't truly understand all that went into my being able to stand on that beach ready to attempt a 3,260-mile solo run across the United States. They just watched a father of four children, between the ages of 6 and 13, grab the handlebar of a stroller and start running.

Running across the country had been a personal goal of mine since 1985, when I was 20 years old. Sure, it took 21 years for me to be able to finally succeed at that great journey... but it is what went through my mind and heart during those decades that really made that first step the most difficult and -- at the same time -- the most special. There is so much written about setting goals and persevering, but there's not much written about that "first step." It's a feeling unlike any other in life. A "first step" isn't just about running across a continent or climbing a mountain. It may be starting the journey of marriage... experiencing parenthood for the first time... beginning a new job... or stepping into your first home. There are so many great journeys that people embark upon every day. Through such journeys we learn more about ourselves, our abilities, and about what we're willing to do and/or endure in order to not only experience the first step toward "trying" but also the last step toward "success."

I've taken a "first step" many times in my 52 years on earth. Not all of the great journeys I've started ended in success. However, more often than not I've been willing to take that first step and to set out to do my very best. I've tried to never allow fear of the unknown to stop me. Sometimes I've experienced the final step toward success, and other times I've come up short. Some "great journeys" that take root in our mind and heart are simply not meant to be. However, just because one great journey isn't meant to be doesn't mean that another great journey isn't just around the corner -- and which may be within your reach. Never allow a lack of success to keep you from pursuing success. History is filled with stories of people who failed at a great journey, but who kept moving forward in life... dreaming, striving, and ultimately succeeding at another great journey. Remember, not succeeding doesn't define who you are. Taking that first step does!

I wish all who are reading this the very best as you stand on the starting line of your great journey. Take a deep breath, fix your eyes and heart on your goal, and take the first step!