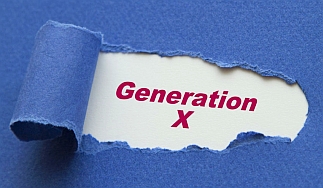 I was born in early 1965, which places me at the beginning of the "Generation X" demographic. Before I write anything else, perhaps you'd like to know which generation demographic you're in.

Last month, Forbes magazine published an article titled, "How Generation-X Is Losing Out In Corporate America To Both Baby Boomers And Millennials." Here's a part of what was written:

Generation-X is the quiet and unassuming middle child of two loud and outspoken generations. Gen-Xers are sandwiched between the Baby Boomers and Millennials -- two of the most talked about and over-analyzed generations... Gen-Xers are now in their early 40s to mid 50s and should be in the prime of their careers. However, according to the Harvard Business Review, this group is being overlooked once again. Gen-X leaders, according to a report cited by HBR, received only one or no promotions in the past five years, whereas Millennials and Baby Boomers received two or more promotions during the very same time period... Ironically, although being passed over for promotions, this generation shows a high degree of loyalty to its employers... U.S. population trends are working against them (Gen-Xers). Due to longer life spans and insufficient retirement savings, many Baby Boomers are delaying retirement and clinging onto their jobs. Meanwhile, Millennials are looking to rapidly advance their careers. This pits both groups against the Gen-Xers. It's hard to climb the corporate ladder when there is a Baby Boomer on the upper rung. To make matters worse, the Millennials are tugging at their legs, while they’re trying to make their speedy ascent... Millennials are viewed as being overly vocal about attaining promotions or switching jobs when they are not promoted fast enough. Management is in a bind. If they don’t take care of this generation by offering promotions, more money and titles, they’ll leave. The Baby Boomers are stubbornly staying put. Therefore, Gen-X is caught in the crossfire between the two generations and often loses out to both -- with respect to career growth. According to HBR, to add salt to injury, Gen-X employees “are bearing the brunt of the workload.” The Gen-Xers are being penalized for their corporate loyalty and tendency to not make waves.

Having been in the work world for the past 35 years, I can tell you that Forbes hit the nail on the head with this article! Many of those in Generation X are losing out in the corporate world to Baby Boomers and Millennials. I've seen it in numerous workplaces. I'm aiming to stroll into retirement with my wife within the next 13 to 15 years. I'm sure there won't be many, if any, changes in the corporate environment for Gen-Xers within that time. We've been a hard-working generation that started our professional careers many years before the Internet was in existence. In fact, many of us started working in offices when typewriters were more common on desks than computers.

Generation X has higher high school graduation rates than previous generations, and has received more university degrees than any other generation. Surveys have shown that Generation X in the workplace generates the most revenue; is most adaptable; is best at building relationships; surpasses other generations in problem solving; and, excels in collaborating. In addition, Gen-Xers are said to have the best balance between work and life. It's about time for corporate America to truly recognize, and reward, the work that is being accomplished by Generation X.