Only 24 Percent of Americans Report Having a Home Security System 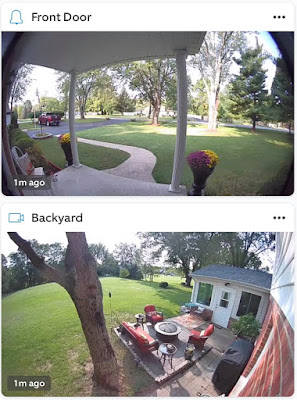 One of the ways that my wife and I protect our home and family is with a security system, which includes outside cameras with siren capability that detect motion and automatically record -- day or night. The system also includes cell phone monitoring for remote alerts and video coverage. We live in a very nice neighborhood outside of the city limits, so crime in our residential area is not an issue. However, many of the homes in our neighborhood are expensive and have security systems to deter any would-be thief who may pass through.

According to the FBI, a burglar strikes every 25 seconds in the United States. That adds up to over 3,300 burglaries per day. Numerous surveys show that break-ins are people's top property crime worry. Despite that high level of concern, only 24 percent of Americans report having a home security system.

The average loss from a burglary is $2,799 and a burglary victimization survey revealed that the most common time for burglaries is between noon and 4 p.m. FBI burglary data shows that 51 percent of all reported burglaries occurred in the daytime compared to 32 percent at night.

When temperatures rise, so do the number of burglaries. On average, burglaries rise about 10 percent between June and August. Also, rural states see more burglaries than those with big metropolitan hubs. According to U.S. Bureau of Justice statistics, burglars hit renters more frequently than homeowners -- and that has been the trend for decades. Of those who have been the victim of a break in, 49 percent reported that afterward they changed their locks, 41 percent added a home alarm system, and 38 percent installed security cameras.

If you haven't already, consider installing a home security system. You can get an alarm system with 24/7 professional monitoring for far less than the cost of the average burglary. Some basic systems start out around $200 for equipment and have monitoring plans for as little as $10 a month. Plus, most burglars admit that they skip a house with a security system to seek out an easier target. At minimum, add a security camera. Sometimes all you need is an outdoor security camera to scare off a would-be thief or intruder -- for either a home or a rental. Video doorbell cameras are another good way to keep tabs on your property and let burglars know you’re watching.