Lightning Bolt Fails to Strike at World Championships in London 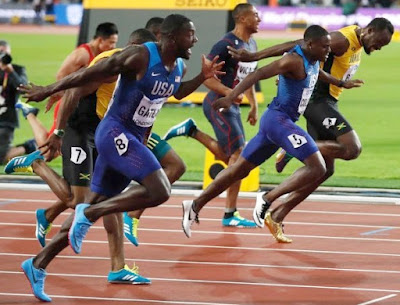 Earlier this week, Usain Bolt (hailed by many as the greatest sprinter of all time), lost to two Americans in the 100-meter final at the 2017 World Championships in London. It was the legendary Jamaican sprinter's second loss of the day, losing a semi-final race earlier.

It’s the first time in his illustrious career that Bolt's been beaten in the 100-meter final at the world championships, or the Olympics for that matter. Justin Gatlin (age 35) of the U.S.A. grabbed gold in 9.92 seconds, and American Christian Coleman (age 21) took silver in 9.94. Unfortunately, the Americans received boos from the London crowd after the race was finished.

Bolt (age 30) is retiring from the sport TODAY after he runs the 4×100-meter relay. He chose not to compete in the 200 meters at the world championships.