Enjoy The Rest of Your Summer!

On June 15, I wrote a post about taking the summer off from blogging to do some work on my new house before my upcoming wedding. Last week I made a few posts about some items that I felt were important to share and was told by a friend that it's good to see that I'm blogging again. Well, I'm diving back into working on my new house (interior painting and some other items) and will be away from this blog for the next couple of months. Enjoy the rest of your summer! 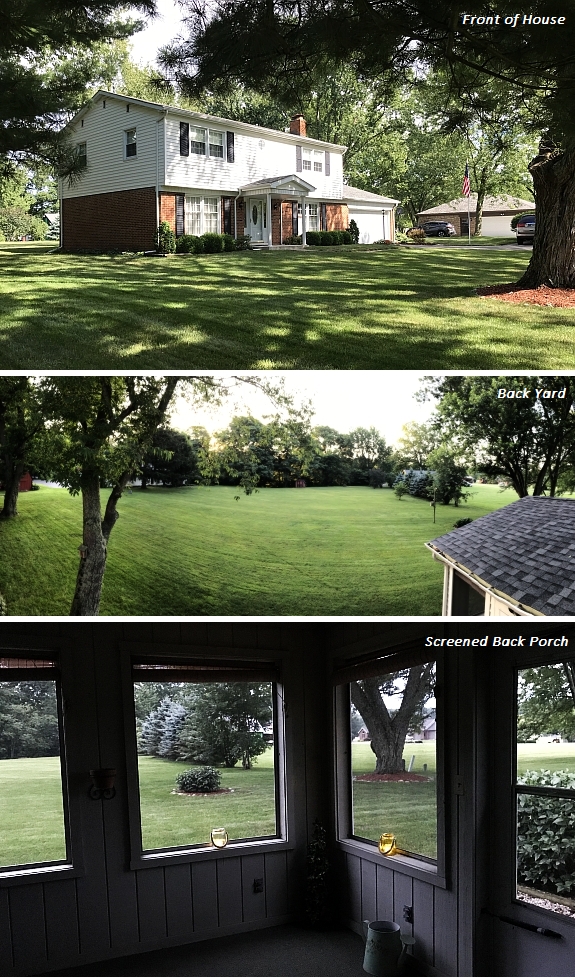 The Death of Paul Staso -- Fact or Fiction? 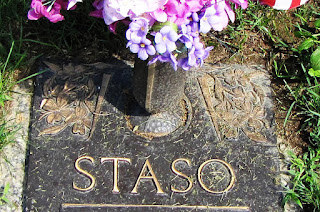 As bizarre as it may seem, there appear to be some people who are under the impression that I'm dead. The topic of my supposed death first arose in 2013 when an ultra-endurance runner I know was told that Paul Staso died while on one of his running adventures. Of course, I was quite alive and the runner put that man's mind at ease... and then he chuckled when telling me the story about it. The topic of my demise arose again in 2016 when a teacher sent a message through my website sending her condolences to my family regarding my death -- which she was told about by a former student who read online that a "Paul Staso" had died. Wrong again! There are actually around six different people with the name of Paul Staso. Well, today the subject of my running off into the great beyond has once again surfaced.

I have an old online guestbook from past running adventures that hasn't seen any activity in years. Today, I was alerted to an entry needing my review and approval to officially post it. This is what I read:

Someone apparently "heard" that I died somewhere. I'd like to know how this person heard that. I have no way of contacting the writer, but once again am surprised that there are those who believe that I'm no longer a part of the 7.6 billion people on planet earth. I've said it and written it before, and I'll say it and write it again: I AM NOT DEAD!

For goodness sake, just Google "Paul Staso" and you'll see on the first page of results that I have an active blog and work in a law firm. Come on, is it really that difficult to conclude that I am still alive? No, I didn't die on one of my running adventures. I haven't been hit by a bus, been eaten by a shark, or had a piano fall on my head. I'm alive and well... recently purchasing a new home and looking forward to my upcoming wedding. So, once again, if you or someone you know has "heard" that Paul Staso (the former adventure runner) is dead, do some quick Google research and find out the truth yourself! Now, I'm putting the topic to rest... in peace. 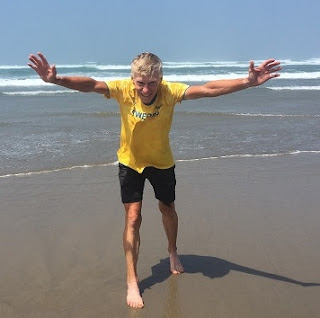 In my last blog post back on June 15, 2018, I shared that I'm taking the summer off from blogging in order to spend my spare time doing some interior painting and other projects on a new home I purchased -- particularly since I'll be getting married soon. However, today I just had to share the news that yesterday Björn Suneson of Sweden completed his sixth solo run across the United States, and yes... he's considering a 7th crossing.

Björn and I exchanged messages today and he said that seeing me while he was running through Indiana was one of the highlights of his journey. Those are very kind words! You may recall that on May 16, 2018, I wrote about meeting Björn along the road after I had gotten off from working at the office. I also wrote a couple of other follow-up blog posts... one regarding his comparing my laugh to that of John Denver, and another about Björn drinking Coke.

When I saw Björn on his 30th day of running during this year's coast-to-coast adventure, he was quite surprised. This is what he wrote in his blog about it: "I’m running on a road with little traffic between Peru and Logansport in Indiana. I see a man get out of his car holding a camera. Is it the local press that is out on a job? I think. But suddenly I recognize the person who says: 'Hi Björn, nice to see you!' Oh My God, it is Paul Staso, the old coast to coast runner! Paul as well as our own Rune Larsson is the person who has inspired me the most when it comes to running across the USA. I met Paul in 2010 when he lived in Missoula, Montana. It was 2006 and he was running across the USA. I took in all that he wrote in his blog and was fascinated by his video clips." Back in 2006 when I was contacted by a long-distance runner in Sweden I had no idea that 12 years later I would watch online as he completed his sixth crossing from one ocean to another!

It's time for Björn to fly back to Sweden after running 3,300 miles in 100 consecutive days from Boston, Massachusetts to Newport, Oregon. His first coast-to-coast run across the USA occurred in 2007, the year following my crossing. Björn had tracked my progress via my website and told me in late 2006 that he would be attempting a solo crossing of America in 2007. Well, it is many years later and this tough Swedish endurance runner has now logged six solo crossings of the United States -- a world record. Absolutely amazing! Well run and well done Björn. Safe travels back to your homeland. I look forward to your next running adventure! 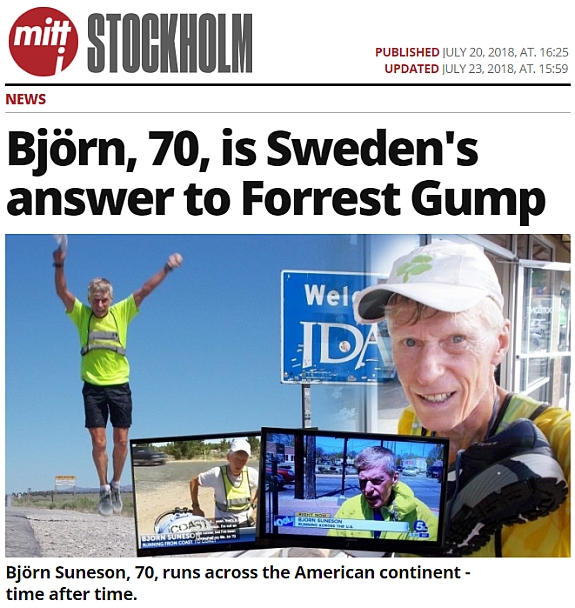