It's Illegal To Ride A Bicycle In A Swimming Pool 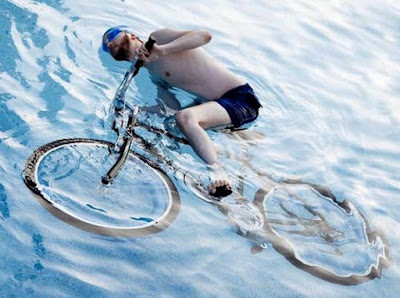 Did you know that in Baldwin Park, California it's illegal to ride a bicycle in a swimming pool? Yep... it's an old law, but apparently still on the books! It's unclear when the law against riding in a swimming pool began or what the original purpose was.

If you're ever in Kill Devil Hills, North Carolina you'll want to be aware that it's illegal to ride a bicycle without having both hands on the handle bars.

When it comes to the ridiculous between bikes and the law, don't think that it's just nonsense from days gone by. In fact, just last year Representative Jay Houghton from Missouri proposed a bill requiring bicyclists to attach a 15-foot high fluorescent orange flag to the back of their bicycles, to make absolutely sure they are seen by motorists. Local cyclists argued that the weird bike rule would not improve safety, and could lead to a dangerous situation in strong winds. The bill was voted down.