Why I Chose to Pass on the Mojave Desert Run Documentary 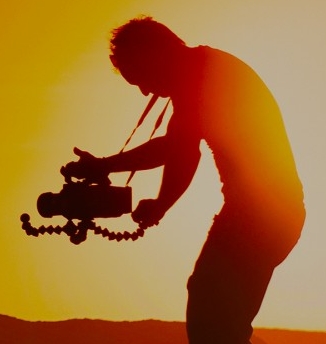 In January 2011, I was approached by a film-making studio about the possibility of them creating a documentary about my solo run across the Mojave Desert -- which was scheduled to begin in April 2011. I met with the producer and was actually considering it. I was thinking that a documentary would be a great way for my children, and my future grandchildren, to clearly see what I endure to accomplish the solo runs across states and countries that I was doing.

The producer explained that his crew would only film me from a distance and would not interfere in any way with my 500-mile solo run across the Mojave Desert. He said that three times per day they would want to interview me for about 5 to 10 minutes (morning, afternoon, evening) to ask a few questions and to get my thoughts. Other than that, their filming would be done like an observer watching me deal with whatever might arise. I was truly intrigued with the idea and was told that once the documentary was completed that I would be an inspiration to a wider audience than I had already acquired. To be honest, the thought of a documentary about my running stroked my ego and made me feel as though I had reached an elite level in mega-distance running.

As the months of January, February and March of 2011 unfolded, I was training hard in preparation of running an average of 30 miles per day from the south rim of the Grand Canyon to Badwater Basin, Death Valley. The support stroller I would push (containing gear, food, water, tent, and electronics) would weigh around 100 pounds... primarily due to the significant amount of water I would push through barren desert. As I pounded out the miles in preparation for that desert crossing, I began to reflect on my previous solo runs across America, Germany, Montana and Alaska. I conquered all of those places alone... and for some of those adventures I had a satellite tracking device so that people could see my precise location 24/7 via an Internet link -- a tracking method that I would also use across the Mojave Desert. I thought about some TV "adventurers" who were supposedly self-sufficient but who had been the target of public skepticism. For instance, Bear Grylls of "Man vs. Wild" fame. He faced various accusations that his film crew assisted him by actually providing food and shelter when he wasn't in front of the camera. As I pounded out my training miles for the Mojave Desert run, I began to wonder if I would eventually face the same skepticism that Bear Grylls faced if I were to have a film crew following my adventure every step of the way.

Suffice it to say, there is no documentary film about my solo run across the Mojave Desert. In March 2011, I contacted the documentary team and told them that I was going alone and that no documentary would be made. Of course, they tried to persuade me to rethink my position. However, I had made my decision and successfully ran across the Mojave in 17 days... completely alone. People from around the world tracked my progress live online via my satellite tracking device and pictures, videos and writings that I posted from the desert. You can access that information via paulstaso.com. I have never regretted my decision to not have a documentary made about that run. I battled some very difficult conditions and situations, and I endured it all completely on my own. I didn't have cameras in my face, the temptation of 'support' from a nearby crew of people, and experienced the Mojave Desert in a way that very few have ever encountered it. Now that over 6 years have gone by since accomplishing that adventure, I look back with great satisfaction and no regrets.