Want a FREE Pair of Socks? Just Run Across America! 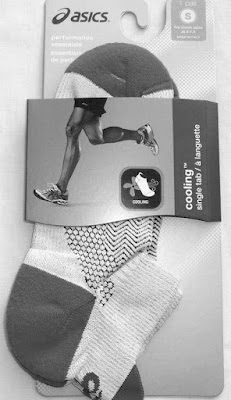 It was 11 years ago today that I ran into the Atlantic Ocean to complete my 108-day, 3,260-mile, 15-state solo running adventure across America. I was 41 years old back then and my four children ranged in age from 6 to 13. Today, three of my children are adults and my youngest will be 18 in just a couple of months. Occasionally, there will be mention of my 'crazy' run across the country, but for the most part it is now just a part of my life's path that is farther behind me with each passing day.

October 20 is a day when I pause in the busyness of my life to recall that day in 2006 when I finally ran into the salt water on the Delaware shore. I've never been able to fully put into words all that it took to accomplish that solo coast-to-coast run. Suffice it to say... it took everything I had.

Just to get to the starting line in June 2006 was a challenge. Finding sponsors for the run was an uphill battle, and I never reached the top. For instance, I had run for many years in ASICS running shoes and approached the company about the possibility of sponsoring my coast-to-coast run with a donation of 6 pairs of running shoes and some clothing. I explained that I was doing the run to fulfill a promise I had made to 97 elementary children -- those children having become the first in the United States to complete a virtual run across America within a 9-month school year. It didn't take long to receive a response from ASICS.

The company's communication informed me that they would not be involved with the run via a sponsorship of clothes/shoes, but that they wished me "luck." So, I spent over $1,000 to buy ASICS gear to wear across the country. Some of my running friends said I should boycott ASICS for its unwillingness to support the endeavor. However, I liked ASICS gear and chose to purchase what I would need. After successfully completing the run from Oregon to Delaware, I received a message from ASICS' marketing department. I was congratulated and told that even though they chose not to sponsor me with ASICS shoes and clothes, I still purchased and wore their gear -- and that they were impressed.

So, if you want a free pair of socks... just approach a large company for an apparel sponsorship; get rejected; spend a lot of money to purchase the apparel yourself; and then, run your body into the ground by logging 30 miles per day for 108 days. You too could get a free pair of socks!

By the way, the pair that ASICS sent to me ended up being too small.