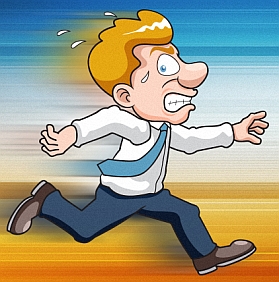 You've probably heard the phrase, "You can run, but you can't hide!" Well, a running store employee in Kansas couldn't run fast enough to hide from the consequences of his stealing.

Kansas newspapers have reported that a federal grand jury indicted an Olathe, Kansas man with stealing $250,000 in merchandise from a store catering to runners.

The man, who worked at the store, is charged with 10 counts of wire fraud and three counts of mail fraud. The indictment alleges the crimes occurred while the man worked for Garry Gribble’s Running Sports, which has five locations in the Kansas City area. The man that has been indicted oversaw merchandise arriving at the main store in Overland Park. He was responsible for distributing merchandise to the other locations.

The indictment alleges that he stole merchandise — mainly Garmin GPS running watches – and sold them to an individual in California who operated an online business on eBay. He then shipped the stolen merchandise to California via the U.S. Postal Service and received payment via PayPal, according to the U.S. attorney’s office. The indictment alleges he received 51 payments totaling about $275,780.