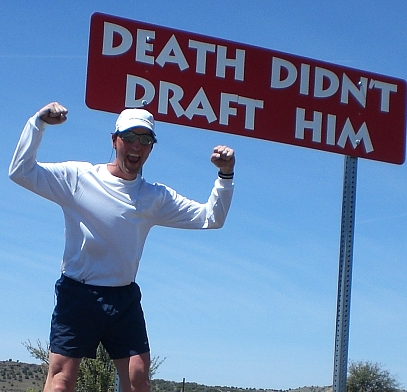 All runners have heard about the tragedies. The world-class marathoner Alberto Salazar, at the age of 48, suffered a heart attack and lay dead for 14 minutes before a stent opened up a blocked artery and saved his life. Micah True, the ultra-marathoner at the center of the best-selling book “Born to Run,” went for a 12-mile run in the New Mexico wilderness and was later found dead. Ryan Shay died in the middle of the 2008 United States Olympic marathon trials. There is also the story of the first marathon itself, run by Pheidippides, who collapsed and died after completing the 26.2 miles.

These deaths are all the more shocking because the peak physical condition of the deceased would seem to protect them from heart disease. Well, now it appears that the medical world is learning more about the impact of intense levels of working out.

According to a new study published in the Mayo Clinic Proceedings, those who exercise around 8 hours a week or more may want to rethink how much they workout.

Conducted by researchers at the University of Illinois at Chicago and Kaiser Permanente, the study found that those who workout more than three times the recommended amount a week are much more likely to develop heart disease than those who workout a moderate amount.

But there’s only one group primarily affected by over-exercising: White men, who are 86 percent more likely to develop a buildup of plaque in their arteries by the time they become middle-aged, according to the study.

In other words, the findings suggested that white men who work out around 8 hours a week or more have nearly double the chance of suffering from heart disease than those who exercised less than 2 1/2 hours a week.

While there’s some understanding of why over-exercising can cause health issues, no one is really sure why white men are disproportionately affected. According to the study, among all people who worked out over 7 1/2 hours a week, there was just a 27 percent increase in developing plaque buildup — much less than the 86 percent chance for white men.

This week marks 11 years since I completed my 3,260-mile run across America, and since then I've run solo across Montana, Alaska, Germany, and the Mojave Desert. In fact, in my 52 years I've logged enough miles to lap planet earth a couple of times! Has all of my running created plaque buildup in my arteries? As a runner for over 40 years of my life, I can only pray that the countless and challenging mileposts that I've reached for over the past four decades have not actually shortened my life!