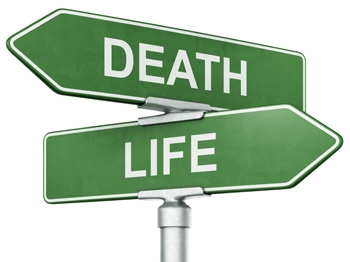 It's not every day that you receive an e-mail from someone who is sending their condolences about your death. Well, that's exactly what happened to me!

In 2010, there were thousands of school children globally who logged miles with me virtually as I ran solo across Germany. Today I received the following message via my site at paulstaso.com. It comes from a 4th grade teacher whose students were a part of that 2010 event.


"One of my former students has told me that Paul Staso passed away. He found out while getting information on him through Google for an assignment. Our 4th grade class participated in his run across Germany in 2010. I'm sorry to hear of his passing. He was a great example of dedication and perseverance to my students. My condolences to his family."

Very nice sentiments. However, I AM NOT DEAD! Of course, I had to send a reply message to the teacher informing her that I have not yet reached the final milepost of life. The "former student" would be in 10th grade by now and is apparently using me as the topic of an assignment. I hope he's not being graded on accuracy! I had to do a little Google research on myself to see where this teenager may have come up with the information that I had died since 2010. When doing a Google search for "Death of Paul Staso" this is the first result: 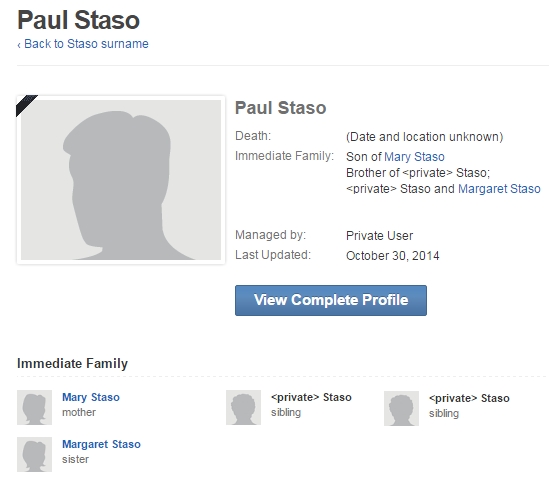 My mother's first name is not Mary and I do not have a sister with the name of Margaret. My middle initial is "J" and this listing does not show any middle initial. How many guys are there who have the name Paul Staso? My online review reveals at least 6 -- even one that got married in 2014 (and no, that was not me either!). Also, on Google's first page of results is this blog, and clearly I am posting frequently -- and that would be very difficult to do from 6-feet under! So, this listing of a "Paul Staso" passing away in 2014 is NOT me.

I'd like to say that this is the first time the subject of my death has arisen, but it's not. In 2013 I was periodically sending words of encouragement to a man who was running across America. While on his journey, that man struck up a conversation with a curious onlooker, and my name was mentioned. The curious man had heard of me and said that I had died. Somehow the guy believed that I had passed away while on a run somewhere. I'll write this again so that it doesn't go unnoticed: I AM NOT DEAD!

The day will certainly come when I will reach life's final milepost and run into the great beyond. However, I'm pleased to announce that I am not pushing up daisies yet and am still logging miles on this big blue marble we call earth.