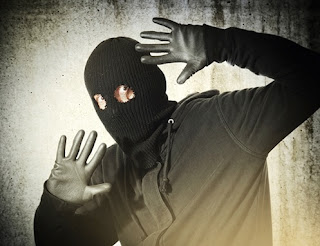 Home burglaries are on the rise and December is the month with the highest burglary rates. Burglars know that people are Christmas shopping and leaving valuable gifts in their home in preparation for Christmas. Packages are on doorsteps and presents are decoratively arranged under trees near windows for all to see. It's a burglar's favorite time of year! Statistically speaking, a break-in at your neighbor's house increases the likelihood that your home might be broken into, because burglars often strike repeatedly in areas they're already familiar with.

Some people make it way too easy for burglars! Surveys show that as much as 20 percent of homeowners keep a spare key under a doormat or flowerpot. FBI data shows that burglaries take place every 25 seconds in the United States and increases 20 percent in the last weeks of December. The average loss from a burglary is $2,799 and a burglary victimization survey revealed that the most common time for burglaries is between noon and 4 p.m.

Earlier this year, I wrote about the home security system that my wife and I have in place for our home. We have outside cameras around our house with siren capability that detect motion and automatically record -- day or night. The system also includes cell phone monitoring for remote alerts and video coverage, and we have security decals on all sides of our home. We also have security alarms on our windows and exterior doors, as well as motion lights. We live in a very nice neighborhood outside of the city limits, so crime in our residential area is not an issue. However, I believe our system would deter any would-be thief who may wander onto our property.

Some may think that our security system is too much. However, I believe there is nothing more important than protecting my family and our home. Of those who have been the victim of a break in, 49 percent reported that afterward they changed their locks, 41 percent added a home alarm system, and 38 percent installed security cameras.

If your home isn't secure aside from a lock on the doors and window latches in the closed position, then I would suggest that you consider adding some home security items to your Christmas wish list. For many people, these are desperate days. The Coronavirus pandemic has been raging for eight months and we've seen on the news that people will resort to looting and theft in these challenging economic times.