North Pole, Alaska is a Great Place to Visit! 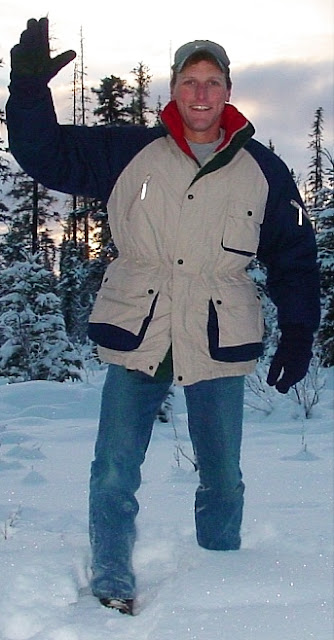 I grew up in Alaska and have been to the small Alaskan town of North Pole a couple of times. It's known for its year-round Christmas decorations, including candy cane–striped street lights. Santa Claus House is a Christmas store with walls covered in children’s letters to Santa, as well as a 42-foot-tall Santa Claus statue outside! Streets have names like Kris Kringle Drive and Mistletoe Lane. Live reindeer and an opportunity for a photograph with Santa Claus at the Santa Claus House are available year round.

As I write this blog post, it's currently minus 5 degrees at North Pole, Alaska. However, when I ran through there during the spring of 2009 on my 500-mile Alaska running adventure, the temperature was pleasantly in the 50's. On average, North Pole, Alaska receives just over 5 feet of snow during the winter months, and has only 3 hours of daylight at mid-winter. The lowest recorded temperature there was achieved in 1990 when it got down to minus 53 degrees!

Prior to Christmas each year, the post office in North Pole receives hundreds of thousands of letters to Santa Claus, and thousands more from people wanting the town's postmark on their Christmas greeting cards to their families.

You may be wondering if there are any athletics going on in the tiny town of North Pole, Alaska (population around 2,000 people). You may be surprised to learn that the town has an all-female flat-track Roller Derby league called the "North Pole Babes in Toyland" (NPBT) whose athletes have Christmas and/or North Pole inspired Skater names.

I consider myself very fortunate to have grown up in Alaska and I will always cherish my memories of visiting North Pole, Alaska with my parents.