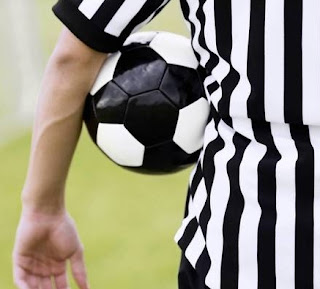 Today.com recently reported that youth sport referees across the U.S. are packing up their whistles and going home in response to increased instances of verbal and even physical abuse from volatile parents. The decreasing number of referees has become somewhat of a crisis in that teams are scrambling to find enough referees to hold games.

According to the National Federation of State High School Associations, 80 percent of high school officials quit before their third year. In many states, games are being cancelled or postponed due to a shortage of referees. According to the SC Referee Association, in South Carolina, 70 percent of new officials in youth soccer do not return after their first year.

Scenes of parents behaving badly at youth sporting events have repeatedly gone viral online, and the confrontations occasionally involve physical assaults on officials. In January 2018, a police captain in Wichita, Kansas, was put on administrative leave and charged with battery after he was shown on video pushing a 17-year-old referee at a youth girls basketball game. However, it's not just parents behaving badly. In 2015, a high school football coach pleaded guilty to assault for ordering his players to hit a referee during a game.

There are certainly other factors causing a decline in the number of youth sports referees, such as low pay and the continued expansion of travel and club teams that compete for officials with public school programs. However, poor behavior by youth sports parents is on the rise in America.

As a former high school track coach, and the father of a daughter who coaches youth volleyball, I can tell you that it is not only youth sports referees who are being treated badly by poorly-behaved parents. Coaches are also frequently on the receiving end of unwarranted comments and actions by parents. Being a referee or coach of young athletes is not as easy as it looks. Instead of attacking those who are often volunteering their time, or being paid little, to referee or coach youth sports, parents who think they can do better should do just that! Put on a whistle and give it a go!