Jack London's Perspective on Life is Worth Pondering 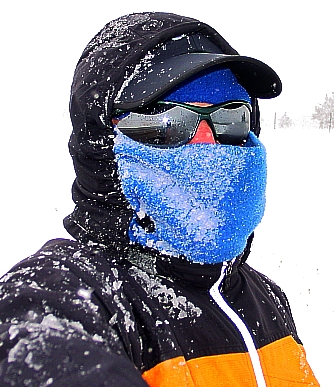 Jack London was a U.S. adventurer, author, and sailor who lived between 1876 and 1916. In his brief life, London sought adventure in the far corners of the world, from the frozen Yukon to the South Pacific, writing gripping tales of survival based on his experiences — including The Call of the Wild, White Fang and The Sea Wolf.

Before passing away at 40 years of age from kidney disease, London wrote 52 books and 200 short stories. During the 20th century he was one of the most extensively translated authors in America. His perspective on life is one that has echoed around in my mind for nearly my entire adult life:


"I would rather be ashes than dust! I would rather that my spark should burn out in a brilliant blaze than it should be stifled by dry-rot. I would rather be a superb meteor, every atom of me in magnificent glow, than a sleepy and permanent planet. The proper function of a man is to live, not to exist. I shall not waste my days in trying to prolong them. I shall use my time."

I've run alone through Denali National Park in Alaska with bears, wolves and moose as my spectators. I've run alone through a German military base with automatic weapons pointed at me. I've hung from a guardrail 50 feet above trees in zero degree winter weather to avoid being hit by a car. I've been robbed, spit upon, and nearly run over on purpose by rude people while on my running adventures. I've been on the borderline of heat stroke and have suffered hypothermia on my adventure treks. I've had some in passing automobiles throw things and yell/curse at me. I've had police officers interrogate me on the side of the road, news sources report falsely about me, and have received countless sponsorship rejection letters. I've suffered tendinitis multiple times; blistered shoulders from sun exposure; loss of all my toenails; extensive foot blisters; and, have literally cried in pain to keep pushing forward on my running endeavors. I've endured fierce and relentless winds; a sandstorm; drenching rain; life-threatening lightning; bitter cold snow; quarter-size hail that I could only get shelter from by laying under my support stroller; and, have been in the Great Plains while hearing tornado sirens going off in the nearest town.

I've experienced the difficulties of solo running adventures across states and countries, and like author London states: "I would rather that my spark should burn out in a brilliant blaze than it should be stifled by dry-rot." I believe that I've aimed to live and to not just exist.