DNA Testing Companies and Security: Who Has Your DNA Information? 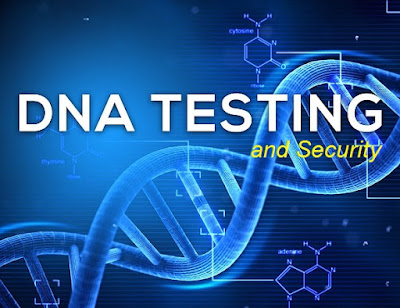 How much do you know about DNA? Deoxyribonucleic Acid, DNA, is the carrier of our genetic information, and is passed down from generation to generation. All of the cells in our bodies, except red blood cells, contain a copy of our DNA. At conception, a person receives DNA from both the father and mother. All humans have the same genes arranged in the same order, and more than 99.9 percent of our DNA sequence is the same. However, the few differences between us are enough to make each one of us unique. On average, a human gene will have 1-3 bases that differ from person to person. These differences can change the shape and function of a protein, or they can change how much protein is made, when it's made, or where it's made.

Surging public interest in ancestry and health -- propelled by heavy marketing -- is resulting in record sales of DNA tests, which entice consumers to spit in a tube or swab their cheeks and ship the sample back to have their genomes analyzed. By the start of 2019, more than 26 million consumers had added their DNA to four leading commercial ancestry and health databases. If the pace continues, it's estimated that the genetic makeup of more than 100 million people could be gathered within 24 months.

For consumers, the tests offer entertainment, clues to ancestry, and a chance of discovering family secrets -- such as siblings you didn’t know about. But the consequences for privacy go well beyond that. As these databases grow, they have made it possible to trace the relationships between nearly all Americans, including those who never purchased a test.

Generally, those who submit their DNA to these databases are at the mercy of user agreements that they have no control over, just like social media accounts. It comes down to the first rule of data: once you hand it over, you lose control of it. You have no idea how the terms of service will change for your DNA sample. Also, just how secure is your DNA data? It was recently reported that DNA testing service Vitagene Inc. left thousands of client health reports exposed online for years, the kind of incident that privacy advocates have warned about as gene testing has become increasingly popular.

More than 3,000 user files remained accessible to the public on Amazon Web Services' cloud computer servers until July 1, 2019 when Vitagene was notified of the issue and shut down external access to the sensitive personal information. The exposed genealogy reports included customers' full names alongside dates of birth and gene-based health information, such as their likelihood of developing certain medical conditions. Vitagene had promised customers that it would protect their identities. Security with DNA-testing companies is becoming an increasing concern.

If you've already submitted your DNA to a company and now want it deleted, you can contact the company and ask for the steps on doing that. However, since the United States government requires these companies to retain DNA information in order to comply with quality control guidelines, it’s never really possible to delete it forever.