Odds of One Person Fulfilling 300+ Prophecies: Only Jesus! 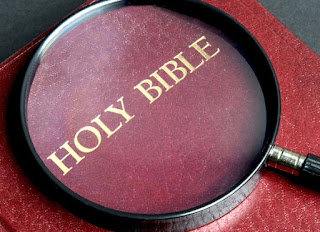 Recently, I saw an elderly gentleman standing on a street corner holding a white board with black writing announcing that Jesus is coming back soon. There are many Scripture verses which contain words about Jesus Christ returning to earth from Heaven (such as Matthew 24:36; Revelation 1:7; John 14:3). In fact, a national survey conducted a few years ago showed that 48 percent of American Christians believe that Jesus will return in the next 40 years.

Scholars have determined that the Bible contains more than 1,800 predictions (some that are very specific!) and that about 25 percent of the Bible is prophecy. Unlike any other book in existence, the Bible offers a multitude of specific predictions (some hundreds of years in advance!) that have been literally fulfilled or point to a definite future time when they will come true.

For instance, the Bible contains hundreds of fulfilled prophecies specifically about the life, death, resurrection and ascension of Jesus Christ, such as: He would be born of a virgin (Isaiah 7:14) in Bethlehem (Micah 5:2); He would sojourn in Egypt (Hosea 11:1); He would live in Galilee (Isaiah 9:1–2); He would enter Jerusalem on a donkey (Zechariah 9:9); He would die with transgressors and be buried in the tomb of a rich man (Isaiah 53:9, 12); He would be resurrected after three days (Matthew 12:40; Hosea 6:2).

Hundreds of Bible prophecies accurately foretold specific details of Jesus' life, centuries before He lived. How do Bible prophecies compare to today's predictions by men and women? A recent survey found that nearly 40 percent of Americans believe in psychics. However, a study of 25 top-rated psychics revealed that 92 percent of their predictions were completely wrong, while the remaining 8 percent could be explained by chance or general knowledge of circumstances.

The prophecies about Jesus are in the Old Testament, which is the part of the Bible that was written before Jesus was born. The Old Testament was completed hundreds of years before Jesus' birth and it contains over 300 prophecies that Jesus fulfilled through His life, death, resurrection and ascension. Mathematically speaking, the odds of anyone fulfilling this amount of prophecy are unfathomable. Mathematicians put it this way:

The 22nd chapter of the Book of Revelation, verse 12, quotes Jesus as saying: "... I am coming soon! My reward is with me, and I will give to each person according to what they have done." Based on the number of prophecies fulfilled by Jesus Christ, I'll choose to believe -- regardless of how Jesus may define the word "soon."