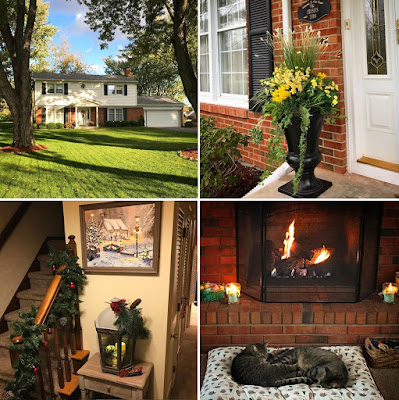 I recently read an article in Forbes magazine titled "Why Homeownership Matters." Last year, I married my beautiful wife, Kelley, and purchased a new home (see photos). We have truly made the house our 'home.' It is exactly what we both wanted, a little in the country, and will be the last home of our lifetime. We are very blessed!

Forbes' article notes that the homeownership rate in the U.S. has fallen to a 50-year low -- with only about 64 percent of households being "homeowners." In the Housing Opportunity and Market Experience survey, 87 percent said homeownership is part of their American Dream.

The article went on to say that sustainable homeownership has provided wealth accumulation for owners. According to the Federal Reserve’s Survey of Consumer Finances, a typical homeowner’s net worth was $195,400, while that of renter’s was $5,400. A typical homeowner will be ahead of a typical renter by a multiple of 45 on a lifetime financial achievement scale. The results are based on a median figure and not an average so as to better reflect the middle point and not be skewed by a small percentage of super wealthy families.

Research has shown that homeownership provides social benefits beyond pure financial and economic benefits. Studies have found that, other things being equal, children of homeowners do better in school (higher test scores and lower anti-social behaviors). Lower crime and lower drug usage were also among the findings for the children of homeowners. Homeowners are more likely to be involved in community civic engagements, local elections, and volunteer work compared to renters – again with other things being equal. Health outcomes are also better with homeowners. This result could arise from a better sense of self-control and self-worth among homeowners versus renters, as academic studies have shown.

There are multiple positive benefits of homeownership. However, it has to be sustainable. Homeowners must understand the responsibility of ownership and take on a mortgage that is manageable and not overstretch their budget. In 2018, there were nearly 128 million households in the United States -- of which, 64 percent own and 36 percent rent. The median price of a house in America is currently $218,000. Several years ago I relocated to Indiana (where the average purchase price of a home is $214,000) from Montana (where the average price is $316,000). Where in the country you choose to live can certainly be a factor in the cost of a home. The most expensive location is California where the average home price is $713,000. The least expensive is Iowa, with an average home price of $181,000.