Have You Gotten Your Kicks on Route 66? If Not, You Should! 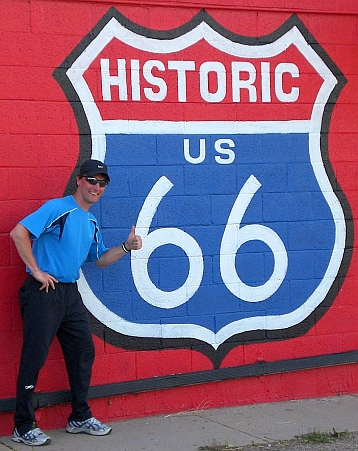 U.S. Route 66 (also known as the Will Rogers Highway, the Main Street of America, and The Mother Road) was one of the original highways in the U.S. Highway System -- extending 2,400 miles from Chicago to Los Angeles. It was established on November 11, 1926, and while officially Route 66 no longer exists, the majority of it remains to be driven and enjoyed through eight states.

I've had the pleasure of running portions of Route 66. In some places the physical road is unpaved and virtually impassable. In many states, Route 66 parallels the interstate highway, and in some areas you can see signs calling it "Historic Route 66." 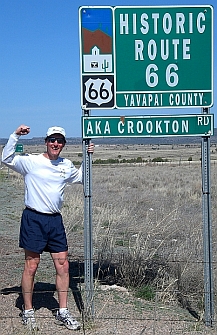 Route 66 represents a true piece of Americana. Because this road wound through so many tiny towns, hundreds of odd little trading posts, motels and attractions popped up along the way. However, by 1970 nearly all segments of original Route 66 were bypassed by a modern four-lane highway. Although Route 66 faded into a memory, many of its pit stops remain -- frozen in time like ghost towns.

Route 66 truly holds a special place in American history. It provided an economic and social link between the West and the Midwest of the U.S., offering an artery for millions of people to relocate and change their lives. Route 66 assisted in transforming the West from a wild frontier to a modern community. Route 66 also showcases some of the most beautiful scenery in America.

If you haven't yet checked out Route 66, I highly recommend it. As the song says, "Get your kicks on Route 66!" 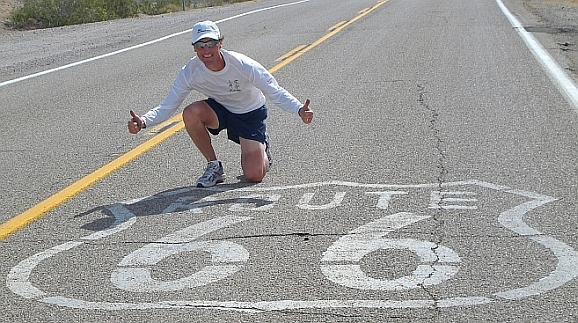