May Sound Odd, But Video Game-related Injuries Are On The Rise 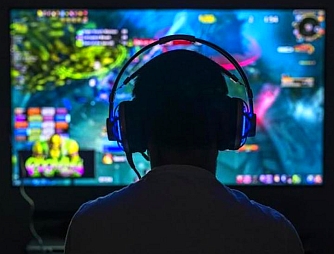 The growing list of colleges and universities with "e-sports teams" (students who are on scholarship to play video games) is growing, and so are the injuries that come with it. Maryville University is one of the nation's top e-sports programs in the country, recently winning the highly-coveted League of Legends championship in 2017. Doctors are treating some players for hand, wrist, neck and back pain.

Dr. Hallie Zwibel with the NYIT Center for Sports Medicine, said: "Poor posture can produce exponential forces on your neck, back, shoulder. Eye fatigue is the most commonly reported complaint from these pixelated images that you see when you are playing on a computer. They're making 500 action moves per minute. So there's a lot of high-speed thinking, and I think that fatigues the eyes even further."

Some of the common gaming injuries are: Carpal Tunnel; Trigger Finger; Tennis Elbow; and, de Quervain’s Tenosynovitis (a condition that affects the tendons along the thumb side of the wrist, causing pain when someone turns their wrist, grasps anything or makes a fist -- sometimes referred to as "Gamer's Thumb").

According to physical therapists who treat gamers, they practice for 10-12 hours a day in front of a computer... sitting for long stretches. Bad posture and inactivity can lead to muscle and nerve issues. Six high-profile eSports athletes have suffered a collapsed lung (pneumothorax) over the last seven years. Medical professionals note that spontaneous pneumothorax is caused by poor body posture.

On a side note, the World Health Organization (WHO) has officially added video game addiction — characterized by "a pattern of persistent or recurrent gaming behavior that takes precedence over other life interests" — to their International Classification of Diseases database. WHO’s expert on mental health and substance abuse says only a small fraction of video game players will develop "gaming disorder," but some extreme cases have been seen, such as gamers who played for 20 hours straight, missing sleep, meals, work, school and other typical activities. Other diagnoses in the same category include gambling, alcoholism and caffeine addiction.