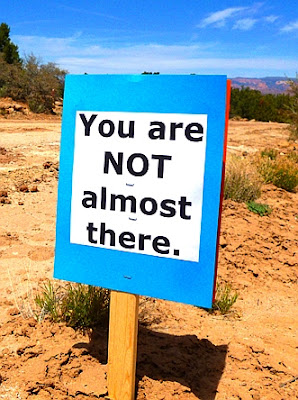 Many ultrarunners believe that the rise in popularity of the ultramarathon is happening because so many people have now completed marathons. Marathons are coming to be seen as something that is achievable by anyone, basically everyone knows someone who has run a marathon. Ultramarathons are the next step up, and now occupy the same place that marathons once occupied in people’s minds. Another factor in their rising popularity is social media. People see posts from friends who have done an ultramarathon and decide that they want to do one too. This increased exposure draws many people who might otherwise believe that an ultramarathon is beyond their ability.

However, ultra-endurance pursuits are not limited to running. Road cyclists, mountain bikers, adventure racers, and even stand-up paddleboarders (SUP) are joining the ultra-endurance world. The distance in each discipline to be considered an 'ultra' varies. For instance, most people consider anything over 100 miles the start of endurance cycling. Ultra-endurance adventure racing can range from eight hours to several weeks. SUP ultra events can go for hundreds of miles.

Several years ago, I read this about the comparison between ultramarathons and marathons:


"Surprisingly, some consider ultramarathons to be easier even than standard marathons, given that they take place on more varied terrain and that the challenge, rather than finishing in as fast a time as possible, is to merely complete the course. Whereas regular marathons demand that participants put themselves through 26 plus miles of unforgiving tarmac, a softer, more irregular ultramarathon track places less stress on your joints. What’s more, whereas walking in a marathon triggers encouragements from the watching crowd to ‘keep going’, walking in an ultramarathon is something everyone competing must come to terms with. Without going into any great depth, ultramarathons are an entirely different kind of beast."

Ultras are truly a different kind of beast! So, there are marathoners, ultramarathoners, and then the category that has very few participants in it -- the solo journey runners (those who run across states and countries... who run to the horizon and keep going). I was a solo journey runner for many years and unlike ultramarathon and marathon races where there are aid stations and support personnel, you have no such assistance in solo running across states/countries. To say it succinctly, it is the ultimate in "cross country" running. You have to be self sufficient in every way. No crew... no crowds... no award at the finish line. Solo journey running is simply one person against all of the elements -- running from one border to another, one ocean to another, one country to another... alone. Very few people in the world do that type of running.