There Are 50 Million Retirees in America. I'll Join Them Around 2035. 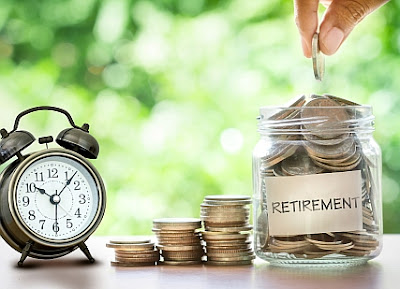 A Gallup poll shows that 41 percent of Americans plan to retire at age 66 or older. Age 62 is the minimum age to collect Social Security in the United States and currently there are about 50 million retired men and women in America.

For many who end up retiring early, it can be due to unforeseen circumstances. Nearly half of retirees say they left the workforce earlier than planned -- often to cope with a health problem, or disability, or to care for a spouse or other family member. Other retirees are forced out of their jobs due to changes at their company -- such as a downsizing or closure, new skills required for the job, or other work-related reasons. If you're age 65 or older you will probably qualify for health insurance through Medicare, but younger retirees need to find a new health insurance plan or pay for often expensive COBRA coverage.

Those age 62 and older have the option to start collecting Social Security payments, but your monthly payment is reduced if you claim benefits before your full retirement age, which is typically 66 or 67 (67 for me since I was born after 1960).

I'm 54 years of age and was recently reminded by a sign at a local movie theater that next year, at age 55, I'll qualify for a "Senior" discount. It's difficult for me to comprehend that I'm only one year away from getting senior discounts. Regardless, the calendar doesn't lie. I'm aiming to work full time until age 70, three years past the time when I will qualify for my full Social Security benefits. Why? Because if I delay three years I'll receive 24 percent more in my Social Security amount.

As many of you know, I am still the President of The P.A.C.E. Fitness Foundation, Inc. (EIN 27-0413712) -- which I founded in 2009 to promote youth health and fitness on a global level. That non-profit organization is in good standing with the Internal Revenue Service and is something I may do more with during my retirement years. For now, I'll continue to work in the field of law until I join the 50 million retirees in the United States.

A primary goal before retirement is to pay off my mortgage. For some, that's becoming more challenging to do before retiring. Currently, 44 percent of Americans between the ages of 60 and 70 have a mortgage when they retire, and as many as 17 percent of those say they may never pay it off. About 32 percent of retired Americans predict they will be paying their mortgage for at least eight more years. I don't want to be in that group, so I'm aiming to have my mortgage paid off by age 67.

Planning to go into retirement with a paid off mortgage, a solid 401K, and as much money in the bank as possible is always a wise approach. In just 7 years Kelley and I will be empty nesters and at that point I'll be 9 years away from retiring. I'm going to make the most of these remaining years of full-time work with 'birds' in the nest!