Words That Every Father Wishes To Receive From His Child 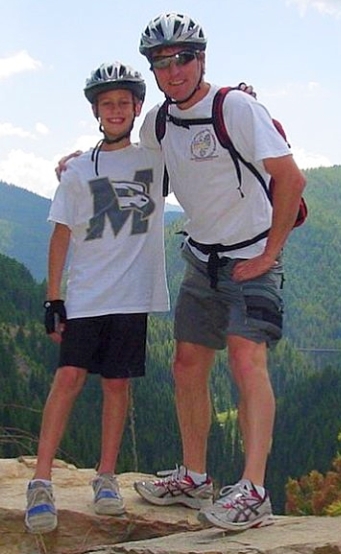 This past Sunday was Father's Day. I'm the father of four adult children (ages 19 to 26) and am also blessed to be the father of four step-children (ages 11 to 22). I enjoyed a day of hearing from several of those wonderful young people. My youngest son posted some photos of he and I on social media from years gone by. Along with the photos he wrote, "You are my greatest role model and the best dad that I could have asked for." As you can imagine, those words touched me deeply as a Dad.

According to the United States Census, about 50 million children live with two parents, about 17 million live with only their mother, and 3 million live with only their father. Some of you reading this know that many years ago I went through a divorce. My youngest son was only 11 years of age when the process began and I wasn't able to be around for him, and my other children, as much as I would have liked during the teen years. He, and his siblings, resided with their mother and my time with all of them was lessened significantly. I wasn't able to be around my children as much as I was prior to 2011 and there were certainly days that I felt as though I wasn't much of a "Dad" in their lives. Now, 8 years later, my youngest son is a man who is paving his way in life. For him to write that I am his greatest role model and the best Dad that he could have asked for... well... it brings tears to my eyes.

As I ran all alone across states and countries pushing a bright yellow support stroller to promote youth health and fitness, there were several times that people told me I was a good role model. Those are nice words to hear, but somehow to hear from my son that I'm his greatest role model carries a significance that means far more to me than from those who simply watched me pound my body into the ground mile after mile. I wasn't able to be at all of my children's events from November 2011 to present. There are circumstances that come with the divorce process and the aftermath thereof, and there were certainly many times when I felt that my children didn't understand how much I wanted to be a Dad in their lives to the extent I was before -- but simply couldn't be. There were years of struggle, adjustment and changes. Now, eight years later, it means the world to me for my youngest child to convey to me... and to his peers via social media... that I am his greatest role model and that he feels he couldn't have asked for a better Dad. It's humbling. It's unexpected. It's what every father wishes to hear.

The magazine Psychology Today published a report that states sons model themselves after their fathers. They tend to act the same as their father -- even seeking approval from them growing up. Children with hands-on fathers are more likely to be emotionally secure, be confident to explore their surroundings, and have better social connections as they grow up. Without a father connection, children are more likely to drop out of school, have behavioral problems, and more likely to commit crimes.

From 2011 forward I wasn't able to be around for my children in an in-person everyday sense as those fathers who haven't gone through divorce. However, there hasn't been one day that has gone by that I haven't thought about all four of my children, missed them, and wished that our lives were closer. As adults, they now live in states apart from where I reside and our chances to see each other are quite infrequent. However, they are in my heart with each step I take in life and I pray that all four of them know how much I love them.