The Coldest Temperature Recorded in Each of the 50 U.S. States

Every state in the United States has seen temperatures drop below zero, except for one. The only state that has not seen a subzero temperature is Hawaii. The map below indicates the coldest temperature ever recorded in all 50 states, according to the National Oceanic and Atmospheric Administration. However, the numbers may change today with the extreme frigid weather battering the midwest United States. 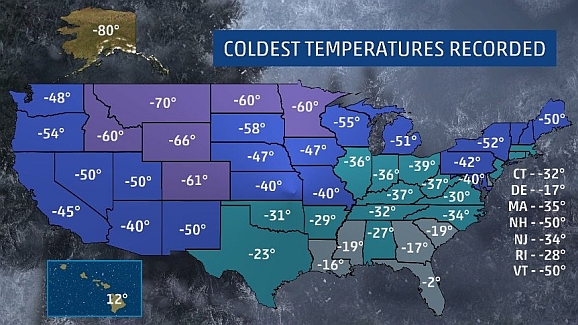