The Costs Were Quite High For The 2020 Super Bowl 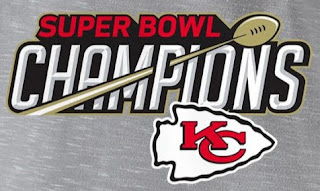 The price of tickets to the 54th Super Bowl varied, depending on the size of the group and seat selection. According to StubHub's analysis of ticket sales, the cheapest seats (on the top level) sold through the NFL Ticket Exchange were $4,750. If you were looking to splurge, all-inclusive ticket packages for two in the 72 Club living room section (private box seating located on the 35-yard line) were selling for $60,000. The experience included post-game field access, as well as an athlete and celebrity meet-and-greet opportunity. Premium pre-game food and beverage service was also included.

The cost for a 30-second commercial to be broadcast during the Super Bowl was $5.6 Million -- and that cost has doubled in the last 10 years.

Concessions weren't cheap either. A 12 ounce bottle of water was $5 and a glass of wine was $13. A half-pound cheeseburger was $16, while a 16-ounce Bud Light was $14. If you wanted a snack item, those weren't inexpensive either. A pretzel went for $9 and if you wanted some cheese for it you had to pay an extra $3.

Of course, there is the cost of airline tickets, lodging and transportation. A non-fancy 2-star hotel in Miami averaged $275 per night during Super Bowl weekend. If you want to jump up one star, you would have paid $475 per night. Four-star hotels averaged $880 per night. And for those who opted to drive their car to park near the stadium, single parking spaces were going for over $200.

Prior to the big game, the media reported that each of the players on the winning team would receive $124,000 in prize money, while the losing team members would receive $62,000. Of course, that is on top of their already high salaries. Money.com has reported that officials earn a bonus for working the Super Bowl -- over $11,000 each. The officials for this year's Super Bowl had between 13 to 24 years of experience.

The cost of producing the Super Bowl halftime show is estimated to be around $10 million.

The Hard Rock Stadium in Miami Gardens, Florida, has a capacity of 65,000 -- and this year's Super Bowl was nearly sold out with around 62,000 in attendance. When you consider the average ticket price was $7,000 (and there were certainly those with complimentary tickets), that means that the total amount in ticket sales was somewhere north of $400 million.

Back in 1967, the cost of getting into the first Super Bowl was $10 per ticket. Times have certainly changed!

Congratulations to the 2020 Super Bowl Champs -- the Kansas City Chiefs!