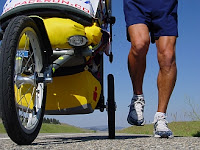 While I was running solo across America in 2006, I kept statistics from that 3,260-mile, 108-day run from Oregon to Delaware -- which remains online at www.theusarunner.com/2006/index.htm.

Here is my coast-to-coast USA run by the numbers! Details below include: mileage, weather, stroller, route, injuries, and other statistics. 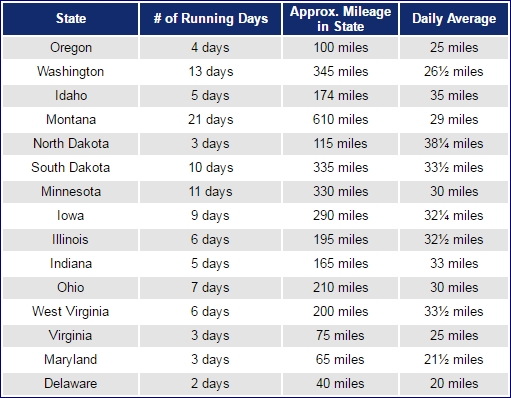