Etiquette For Runners: Do You Run Facing Traffic?

The Road Runners Club of America has a list of "Etiquette For Runners" that I want to share with you today. This list applies to both road and trails. 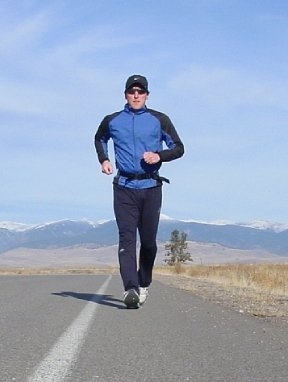 Those are good rules of the road. Unfortunately I've seen many runners not adhering to this list. Let me give you an example. I always run facing traffic and believe it is far safer than the alternative. There is no federal law stating which side of the road to run on, but local, county and state legislation points toward running against traffic to see approaching vehicles -- and some locations have laws specifically stating that pedestrians (yes, that includes runners) are to face traffic.

I often pass runners who are going in the same direction as traffic, completely blind as to what is coming up behind them. A bicycle is considered a vehicle, so it is subject to the same laws as cars and trucks. Cyclists ride with traffic. As a runner, you are not a vehicle! Essentially, you are in a highly vulnerable position if you’re running near cars, trucks, and bicycles. Emergency room statistics indicate that runners are twice as likely to be injured in accidents with cars while running with traffic rather than against traffic.

I also suggest wearing bright colored clothing when running so that you're more easily seen. You may also want to consider wearing reflective material or a light to be more visible to motorists. By the way, many locations have laws stating that if a sidewalk is available next to a roadway that those traveling by foot are to be on it and not on the roadway.

While reading about this issue online, I came across this:

Bottom line, if there is a sidewalk, get on it. If not, then you should be facing traffic so that both you and the drivers can see one another.