Solo Running Across States and Countries Doesn't Make You Famous 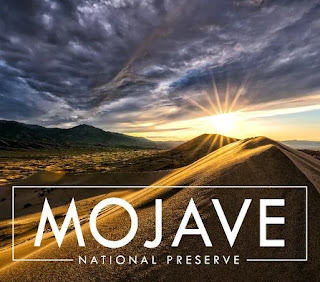 Eight years ago I embarked on a 500-mile solo run across the Mojave Desert. The 17-day adventure will be one that I'll always remember. Running 30 to 40 miles per day and then tenting alone in the desert under a sea of stars is something that is truly difficult to put into words. I was fortunate to become the first person to run solo from the South Rim of the Grand Canyon in Arizona to Badwater Basin in Death Valley, California -- the lowest point in North America at 282 feet below sea level.

Death Valley is famous as the hottest place on earth and driest place in North America. The world record highest air temperature of 134 degrees was recorded at Furnace Creek on July 10, 1913. By the time I reached Furnace Creek on my run, I was ready to log the final 17 miles to wrap up my Mojave adventure.

I've written before in this blog about my 2011 Mojave Run. You really won't find much more about it online. You see, none of my adventure runs across states and countries resulted in much media. In fact, no news outlets reported on my solo run across the land of the hottest air temperature and surface temperature recorded on earth. Those who are familiar with my running background know that I passed on having a documentary made about my Mojave Desert run. Generally, my solo runs across the United States, Alaska, Montana, Germany, and the Mojave Desert resulted in next to nothing from a media perspective. Why? Because I wasn't knocking on the doors of radio stations, newspapers and television studios. I figured if a reporter showed up somewhere, I'd talk to them. Otherwise, I wasn't out there for trying to become famous. As the decades have gone by I've seen many people aim to be famous by running across a state or country, but 9 times out of 10 it doesn't happen. So, if you're reading this and thinking that you might aim for fame by pounding your body across a desert, it's unlikely anyone will notice.

People who I meet these days that happen to learn of my running background are often amazed. I come across as your typical middle-class guy with a receding hairline -- happily married, working at a law firm, and paying on a mortgage. There are times when I step into my home office and look at some of the photos on the wall (me running through some desolate locations) and I have flashbacks to pounding out the miles all alone. No, it's not like a PTSD type of thing. It's just a clear memory of what it was like. Unless you've experienced it, no amount of written words or photographs will ever truly convey the feeling of conquering 30, 40, or even 50 miles per day through some of the most challenging terrain... all alone... for weeks... or months.

The Mojave Desert was quite a challenge. All of the adventure runs I did were a challenge. I believe those experiences contributed to carving out the man I am now in my mid-50s. I'm content. I'm at peace. I'm actually glad that I'm not famous... that I just blend in with society... that my adventure-running background does not define me. There has always been more to me than just the ability to put one foot in front of the other. Over the past 5 years, I've been able to let people see that. Perhaps there are some similarities between the Mojave Desert and I. We've both endured the elements and have weathered over time. I'm fine with that.