Do You Believe in God? At Least 70 Percent of Americans Say They Do! 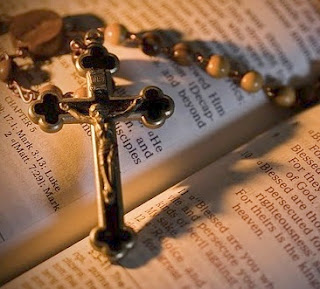 Data from the latest Pew Religious Landscape Study (PRLS) shows that the United States is a "spiritual, but not religious" country. The PRLS is a survey of more than 35,000 Americans from all 50 states that analyzes the relationship between religious affiliation and various demographic factors. Ninety-two percent of Americans hold to a belief in God, or a God of some kind. Even among the religiously unaffiliated, 70 percent believe in God with some level of certainty. In addition, 74 percent believe in an afterlife; 79 percent believe in miracles; and, 68 percent believe in angels and demons.

The number of Americans that identify as Catholic has dropped from about 25 percent to 20 percent in the last 10 years. The decline among Protestants in the same time period has been from 51 percent to 43 percent. Only 49 percent of American Millennials are Christian, and 40 percent have no religious affiliation. This means that within a generation or two (if trends continue) America will no longer be a majority Christian country. Also, the drop-off in religious faith over age groups is far more pronounced among Catholics than among Protestants.

I'm 54 years old and have been a Christian since I was a boy. There was one statistic in the latest Pew Religious Landscape Study that particularly stood out to me. In the 50 to 64 age group, 66 percent of Protestants are absolutely certain of the existence of God, compared to 54 percent of Catholics. I've been absolutely certain of the existence of God since the age of 12. It's sad to see that only two-thirds of Protestants, and only a little more than half of all Catholics, believe God's existence with absolute certainty.

Only 34 percent of Catholics see a conflict between their religion and modern society. Perhaps that's because only 42 percent of Catholics attend church at least once a week, which is lower than the attendance at Evangelical churches. If you're not in the pew regularly, you're not receiving instruction and guidance from the church -- which assists in identifying 'conflicts' between religion and modern society.

Finally, the study results state that slightly more than 50 percent of Catholics and mainline Protestants pray daily. I think prayer is exactly what America needs!