No Chevy Camaro, CD Collections, or Treadmills? Myth and Madness! 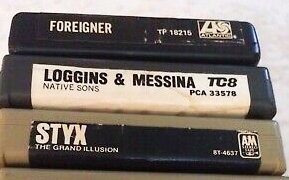 I recently read an article titled 75 Things No Man Over 50 Should Own. Of course, being 54 years of age, the article caught my attention. There were some things that resonated with me... such as men over 50 shouldn't own a hoverboard, jeans that don't quite fit, Crocs, or have a man bun. Of course, the article goes on to explain why these things should not be possessed by a man over age 50. However, the author -- who I'm guessing hasn't reached 50 yet -- listed some items that I don't agree with.

For instance, a man over 50 isn't supposed to own a treadmill. Supposedly, having one is "showing off, and not in a good way." Another item is a CD collection. Instead, the over-50 crowd is supposed to "ride along with the rest of us to the era of instant streaming." Sorry, but I like my CD's -- Foreigner, The Bee Gees, James Taylor, and others. Also on the list is a Chevy Camaro, the quintessential muscle car. The article noted that having one over the age of 50 is "the automotive equivalent of a t-shirt that reads, 'Welcome to the gun show!'"

Research out of the United Kingdom found that men don’t fully mature until they are 43 years old, which turns out to be 11 years after women mature. So, from the age of 43 until the age of 50 'mature' men have only 7 years to enjoy CD collections, treadmills and Camaros? I just don't agree.

I think I'll listen to Styx on the drive home from the office. Hmmm... CD or 8-Track?


"But don't be fooled by the radio,
the TV or the magazines.
They show you photographs of how your life should be.
But they're just someone else's fantasy."
~ Styx, The Grand Illusion