Only 51 Percent of American Employees Are Satisfied With Their Job 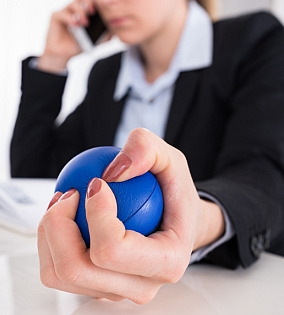 According to the U.S. Bureau of Labor Statistics, the average American works 44 hours per week, or 8.8 hours per day. There are 132 million full-time employees in the United States, about 3 million more than last year.

The average American employee who receives paid vacation only takes 54 percent of the allotted time each year. Only one in five Americans actually spend their lunch break away from their desks, with most eating while they continue to work.

Among Americans who are employed or have been looking for work, increased outsourcing of jobs to other countries tops the list of trends that they say have hurt their job or career. About 30 percent say this is the case, compared with roughly 22 percent who say the same about the growing number of immigrants working in the United States, and 20 percent who blame a rise in imports.

Last month, the American Institute of Stress said that 40 percent of workers reported their job was "very or extremely stressful." About 25 percent view their jobs as the number one stressor in their lives. And, 75 percent of U.S. employees believe that today's workers have more on-the-job stress than a generation ago.