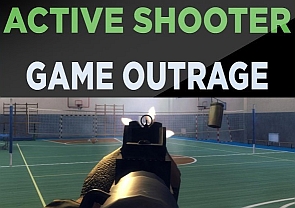 According to a recent poll, ten percent of Americans (32 million people) consider themselves "Gamers." Last year, a study published in Molecular Psychiatry stated that people who play action video games that involve first-person shooters, such as Call of Duty and Medal of Honor, experience shrinkage in a brain region called the hippocampus. That part of the brain is associated with spatial navigation, stress regulation and memory. Playing Super Mario games, in which the plumber strives to rescue a princess, had the opposite effect on the hippocampus, causing growth in it.

In recent years, scientists have done dozens of studies looking to see if playing video games affects people's health and behavior. There is some evidence that video games may improve people's visual short-term memory and eye-hand coordination. Five months ago, Newsweek featured an article which stated that playing video games for a 12-hour streak could be a mental health problem, and Forbes reported that the World Health Organization is adding gaming disorder to a beta draft of its International Classification of Diseases.

According to the draft, gaming becomes more than just a hobby when you’re unable to control how often you play or can’t seem to stop even after battling it out for hours on end -- the game often taking over your life and gets in the way of everyday activities. And despite any negative consequences, like getting fired for too many skipped work days, people who have the disorder can’t stop themselves from playing. The draft states, "The behavior pattern is of sufficient severity to result in significant impairment in personal, family, social, educational, occupational or other important areas of functioning. The pattern of gaming behavior may be continuous or episodic and recurrent."

The International Classification of Diseases, or ICD, is used by health professionals globally and serves as an international standard for defining health conditions and diseases. The 11th edition includes this new gaming disorder.

Last week, a Fortune magazine headline caught my attention. It reads, "Upcoming Video Game Lets You Play as a School Shooter." With all of the tragic school shootings that have been taking place, I shook my head in disbelief as I read the headline -- and felt sick at the same time. "Active Shooter" is slated to go on sale June 6 on the Steam digital distribution platform. The game describes itself as a simulation of an active shooter situation, where players can opt to be either the killer or the SWAT team tasked with neutralizing the situation. Screenshots from the game show attacks taking place in both an office and school environment.

Active Shooter will be sold for between $5 to $10 and is being highly criticized by gamers on social media and it is reported that the developer appears to be hoping that the controversy will boost sales. Yesterday, CNN reported that parents of slain students of school shootings -- as well as the general public -- are outraged about the video game. However, Fortune magazine reported, "Video games are protected under the First Amendment, the Supreme Court ruled in 2011. And while some can be hyper-violent, few developers push this far beyond the line of good taste."

As a father of four children, a Christian, a former 5th grade teacher, and a man who despises shootings as those promoted by this latest video game... please, do not support the sale of the "Active Shooter" video game or the Steam platform, which is owned by Valve Corporation -- a video game developer based in Washington state. The game was developed by Revived Games and published by a Russian company called Acid. Please, boycott those companies.