My Caribou Encounter in Alaska -- A Memorable Experience! 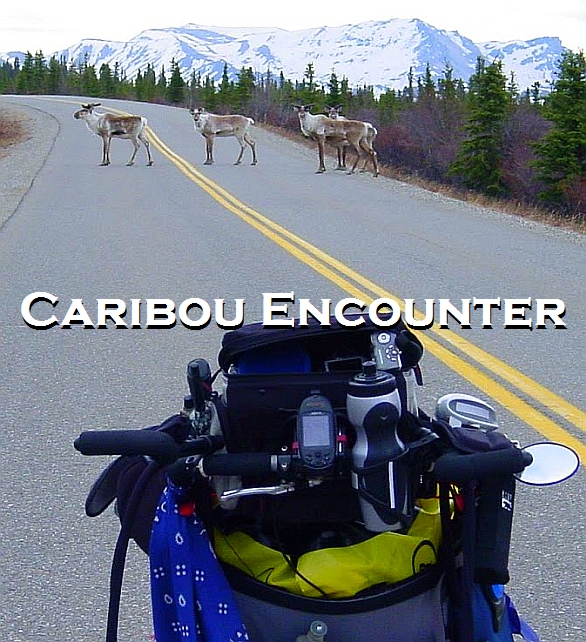 Yesterday I wrote about my unfortunate experience of striking a deer with my car while on the way to work. Today, I want to share with you one of the most special moments I've ever had with wildlife on the road. It occurred during my 2009 solo 500-mile run in Alaska. I was inside Denali National Park when a herd of caribou started to cross the road in front of me. I stopped pushing my support stroller of gear and just watched them, capturing a few images on my camera. It was amazing to be in the middle of the Alaska wilderness watching these beautiful wild creatures crossing the road just about 50 yards in front of me!

I recall standing there for about 10 minutes, simply observing the herd and remaining as still as possible. After several had crossed the road, there were about four who stopped on the road, several of them staring at me... likely wondering what I was and why I was in their neighborhood! That's the photo I've posted with this writing. I was tempted to try and get closer, but didn't want to have them become defensive. Weights of adult bulls average 350-400 pounds. However, weights of 700 pounds have been recorded. Mature females average 175-225 pounds. Like most herd animals, caribou must keep moving to find adequate food. Large herds often migrate long distances (up to 400 miles) between summer and winter ranges. According to the National Park Service, there are 32 caribou herds in Alaska, with an estimated population of around 750,000 -- slightly more than the total number of people who reside in Alaska.

My caribou encounter in April 2009 is one that I'll always remember!