Purdue University Has Some Out-of-this-world Graduates! 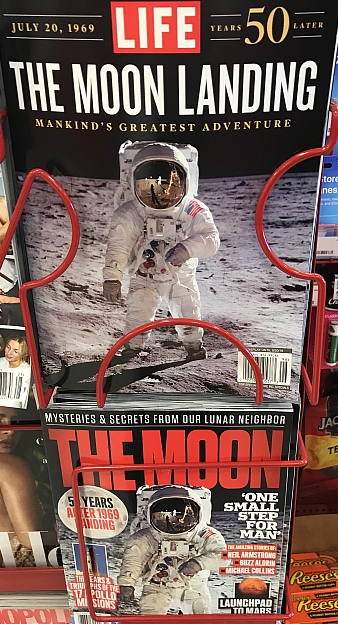 I was recently in a grocery store and couldn't help but to notice the number of magazine covers commemorating the 50th anniversary of the moon landing. On July 20, 1969 man walked on the moon for the first time. I was only 4 years old, but the media coverage about space exploration that followed for many years sparked my interest during my elementary school years and I wanted to be an astronaut.

Although I wanted to be an astronaut, I couldn't handle any motion rides (carousel, roller coaster, etc.) without feeling ill, so I knew there was a barrier between me and speeding into space on a rocket... motion sickness! Suffice it to say, I've never gotten higher off the ground than about 40,000 feet on a trans-Atlantic flight.

Putting a man on the moon was a national goal set by President John F. Kennedy on May 25, 1961. "...I believe that this nation should commit itself to achieving the goal, before this decade is out, of landing a man on the moon and returning him safely to the earth. No single space project in this period will be more impressive to mankind or more important for the long-range exploration of space; and none will be so difficult or expensive to accomplish."