Aiming to be a Centenarian? Apparently, 53 Percent of Americans Are! 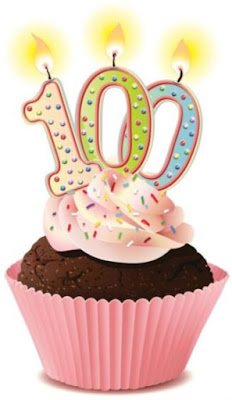 According to a survey released last week by AIG Life and Retirement, 53 percent of Americans say their goal is to live to 100 years of age. The reasons vary -- 39 percent identify deeper family relationships as the main benefit of such a long life; 32 percent name seeing the world change; and, 17 percent want to remain productive. When the 20th century began, life expectancy at birth in America was 47 years; now newborns are expected to live 79 years.

I wrote on this topic nearly four years ago and at that time the Stanford Center on Longevity's survey showed that 77 percent of Americans wanted to live to 100. AIG's recent survey indicates that percentage has now dropped from 77 to 53. It appears reaching the century mark and becoming a "Centenarian" is not as popular as it was four years ago.

Could you imagine living to 100? How about beyond that? For example, a French woman (Jeanne Calment) lived from 1875 to 1997 and had the longest confirmed life span -- 122 years! Research has shown that genes do play a role in longevity. Centenarians are 20 times as likely as the average person to have a long-lived relative. My father is in his mid-80s and is in great health, as is my mother who is just a few years behind him. I'll be celebrating my 55th birthday this week and I wouldn't mind becoming a Centenarian in 45 years -- if that's God's will for me.

A couple of years ago, The Longevity Project traveled to nine countries and three continents, interviewing some of the world's healthiest centenarians. The goal was to find out what it takes to live past 100 years of age and whether it's possible to reach that age while maintaining peak health. The study focused on how lifestyle, environment and mindset increases longevity. The healthiest centenarians lived simple lives, following farm-to-table diets, frequently interacting with their communities and exercising by biking or walking long distances to work each day. Populations with healthy centenarians don't appear to have many of the chronic conditions seen in Western culture. These conditions have only appeared recently, as Western influences -- like fast food and new technologies -- crept into their communities.

Based on various research studies, there are some promising signs to be on the look out for that may indicate that you could live to be a centenarian: