There Are Still 81.6 Million Inactive Americans! 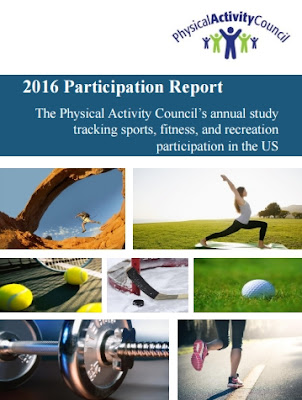 I was recently reading through the "2016 Participation Report," which is The Physical Activity Council’s annual study tracking sports, fitness, and recreation participation in the United States. I won't get into all of the details of how the extensive study was conducted, but there is a sentence in the study that truly caught my eye: "There are still 81.6 million inactive Americans."

Last month I wrote a blog post titled "Is Running in America Seeing a Decline in Interest and/or Participation?" As I read this recent 2016 Participation Report I saw that for those age 45 and older, running is NOT listed in their top ten fitness activities of interest. Even for those in the 35-45 age category, running is ranked 7th in their list of fitness interests.

Individual sports declined slightly in 2015 -- which is what can be seen from the national running statistics for last year. So, what sport is popular for any age? In terms of interest, all age groups continue to look at swimming as a means for future fitness. While both winter and water sports are only participated in by less than 15% of the population, their rates have increased over the past year.

Over the last three years, pay-to-play school programs have seen decreases in sports fees compared to the previous year. However, 43% of parents reported an increase from 2014 to 2015. Since 2013, 67% of parents, on average, spend over $100 on their children's school sports fees. When I participated in high school sports between 1979-1983 there were no fees to participate. It's unfortunate that today's youth must, in many circumstances, "pay to play."

Survey participants, ages 18+, were asked about PE during their past school years. Their responses show that participation in physical education class during school had a extreme impact on participation in other activities. Those who had PE while in grade school and high school were two to three times more likely to also engage in team sports, outdoor activities, cycling, or running/jogging and other activities during that same time. Almost half said that team sports was an additional activity.

Perhaps not surprising is the fact that the highest rates of inactivity remains among those ages 65 and over. Senior citizens need to be active to the extent they are able. My parents are in their early 80's and are always on the go! They live in a cabin that my father built (when he was in his 70's!) in the heart of Alaska and are a shining example of how active senior citizens should be. I'm 51 years old and truly hope to be as healthy and active as they are when I reach their age 30 years from now. 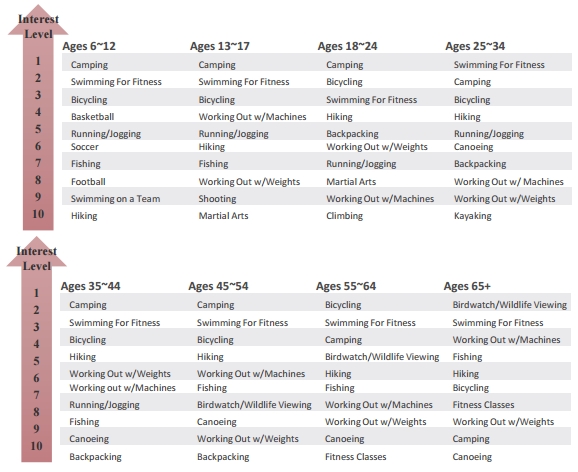