Some Schools Are Starting to Install Vape Detectors to Curb Vaping 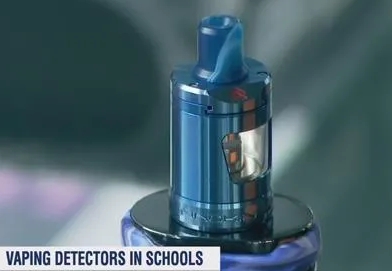 Earlier this month, the Olentangy local school board in Ohio voted to install vape detectors in its four high schools. They are spending nearly $64,000 on the detectors. Many other American schools have either installed or are considering vape detectors. The sensor devices, which resembled smoke or carbon monoxide detectors, can detect vaping in places such as bathrooms or closets -- the kind of places where kids have tried to smoke for decades.

Some of the vape detectors are even equipped to detect THC oil, a compound found in marijuana, and pick up sound abnormalities like shouting, which could be helpful in preventing bullying. Once detected, a notification is sent to administrators, who can then step in and stop the culprit.

Ten schools in New Jersey have implemented vape detecting technology, and several schools in Chicago, Illinois have done the same. Instead of punishing students, schools are encouraged to provide them with counseling. Also, anti-vaping clubs and assemblies have been increasing in schools across the country.

It's great to see proactive steps being taken in preventing students from smoking e-cigarettes.