The Earth's Expanding Human Count is a Growing Concern For Many 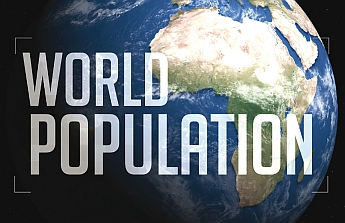 The United Nations estimates that the world population will reach 9.2 billion in the next 20 years. And to think that just over 200 years ago the earth's population was only one billion. For most of the world's existence, human population has grown very slowly -- kept in check by disease, climate fluctuations and other social factors. In the past century, continuing improvements in nutrition, medicine and technology have seen the world's population increase rapidly. The impact of so many humans on the environment takes two major forms: (1) consumption of resources -- such as land, food, water, air, fossil fuels and minerals; and, (2) waste products as a result of consumption -- such as air and water pollutants, toxic materials and greenhouse gases.

Many people worry that rapid and continuing population growth will eventually cause an environmental catastrophe. A look at the circumstantial evidence certainly shows that as our population has increased, the health of our environment has decreased. The Australian Academy of Science notes, "While population size is part of the problem, the issue is bigger and more complex than just counting bodies. There are many factors at play. Essentially, it is what is happening within those populations -- their distribution (density, migration patterns and urbanization), their composition (age, sex and income levels) and, most importantly, their consumption patterns -- that are of equal, if not more importance, than just numbers."

I'm hoping to have another 40 years or so on this earth -- which would put me at age 95 (in the year 2060) when it comes time to say one last... "Gotta Run!"  In that time, I could certainly see the world's population reach 10 billion people -- which the United Nations anticipates to occur around the year 2057.