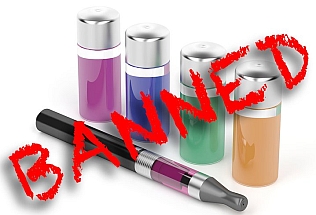 A couple of days ago, I posted a writing titled Vaping Your Life Away -- 215 New Cases of Lung Injury This Summer! That same day, Michigan became the first state to ban sales of flavored e-cigarettes in an effort to curb teen vaping.

Michgan's Governor, Gretchen Whitmer, directed the state health department to issue emergency rules to ban the sale of flavored nicotine vaping products in stores and online. She is also placing a restriction on marketing, preventing companies from advertising vaping products as "clean," "safe," "healthy" and other terms that portray the products as "harmless."

Governor Whitmer used executive authority to impose a six-month ban on the sale of flavored e-cigarettes. Once that time has expired, the ban can be renewed for another six months. She is hopeful that Michigan lawmakers will write the ban into law.