When I Was a Boy, I Enjoyed Philately and Was a Hobby Philatelist 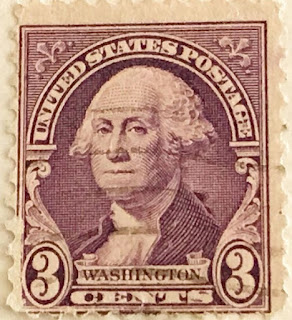 When I was a boy, I enjoyed the study of postage stamps and collected stamps from around the world. My oldest U.S. stamp is this 1932 three-cent George Washington (shown in the photo). Stamp collecting has been a popular hobby since the nineteenth century. By 1860, thousands of collectors and stamp dealers were appearing around the world as this new study and hobby spread across Europe, European colonies, the United States and other parts of the world.

The first postage stamp, the Penny Black, was issued by Britain in May 1840 and pictured a young Queen Victoria. It was produced without perforations and had to be cut from the sheet with scissors in order to be used.

I started stamp collecting in the 1970's. My parents would save cancelled stamps that they received on envelopes and they would also order cancelled stamps that could be purchased. I couldn't wait to go to the mailbox and find a package of stamps to add to my album. The longer I collected, the more common it was to receive a stamp that I had already obtained. If the stamp I received was better than one that I had previously put in my book, I would use it as a replacement so that I would have the best quality of stamps possible. My stamp collection book from the 1970's contains postage stamps from all over the world.

I'm in pretty good company as a Philatelist -- or one who collects stamps. U.S. President Franklin Delano Roosevelt was a stamp collector, as was English singer, songwriter and peace activist John Lennon. King George V of the United Kingdom collected stamps, as did Freddie Mercury, lead singer of the band Queen. Why did I collect stamps as a boy? I believe it was because I was intrigued by the pictures, designs and colors of them. Remember, this was back in 1975 -- long before the Internet. Back then, at the age of 10, my exposure to the world was limited to what I would see in the Encyclopedia Britannica. Stamps were something that put into my hand an item that came from another part of the world. The images on the stamps were a window into another culture, and I thought that was quite interesting.

The most valuable U.S. stamp has an interesting story to it. It's the Inverted Jenny stamp of 1918. 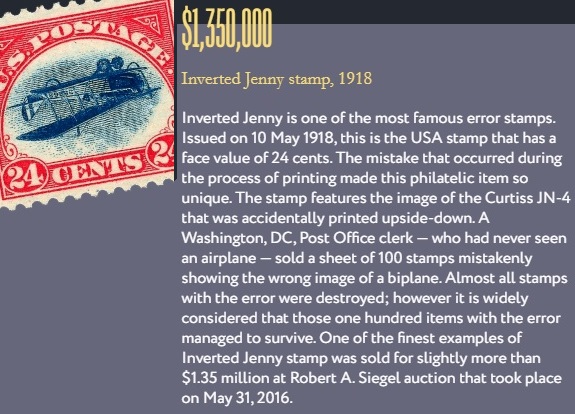