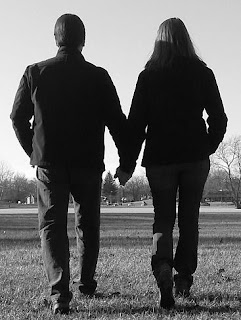 So far, 2020 has been a difficult year for many people. The Coronavirus pandemic has swept across the globe, leaving in its wake death and economic destruction. There have been protests and other demonstrations of civil unrest. Unemployment has skyrocketed, schools closed, and sporting events cancelled. It seems that more people are starting conversations with the words "remember when." I've been doing some remembering of things in my lifetime and thought I'd share a few with you.

I remember when paper bags were being blamed for the destruction of trees -- and plastic bags were the solution.

I remember when "Law and Order" was a political campaign slogan and not a television program.

I remember when the name "Starbuck" was a fictional character in the 1970's TV series Battlestar Galactica and not associated with a coffee company.

I remember when a hashtag was called a pound sign (and we played tic-tac-toe on it!).

I remember when you had to get up to change the TV channel, and when TV broadcasting ended for the day at midnight and didn't resume until 7:00 AM.

I remember when Elvis died, when John Lennon died, when Bing Crosby died, and when disco died.

I remember when there wasn't MTV and music was played on 8-Track tapes.

I remember when cartoons were only aired on television during Saturday mornings.

I remember when homes didn't have microwave ovens, and cars lacked air conditioning.

I remember when the voting age in America was lowered from 21 to 18.

I remember life before computers, before video games, before cell phones, and before the Internet.

I'm older than many restaurants -- including Wendy's, Subway and Domino's. I'm also older than health warnings on cigarette packages; the passage of the U.S. National Minimum Drinking Age Act; the Super Bowl; and, the creation of Post-It Notes. During my life, ten U.S. Presidents have come and gone, man walked on the moon, and Medicare and Medicaid were created.

Even with all of those facts, I still don't consider my age of 55 as "old" -- even though I was born just six years after Hawaii and Alaska became a part of the United States.

Finally, I remember when I prayed for the things I now have.