I'm Not Into Wanderlust and Not a Vagabond, Wanderer or Gallivanter 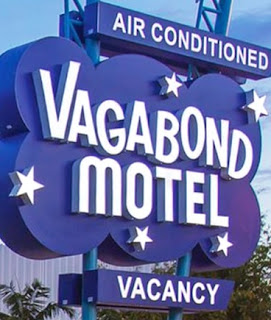 "Wanderlust" is defined as a very strong desire to travel. A "vagabond" is a person who wanders from place to place without a home or job. A "wanderer" is a person who travels aimlessly. A "gallivanter" is a person who travels around in search of amusement, fun or adventure. During my years of running solo across states and countries, I had all of those terms applied to me by people -- most often by people who didn't know me. All of my running was to promote youth health and fitness, goal setting, and to try and encourage and inspire young people to have dreams. It had nothing to do with wanderlust or wanting to be a vagabond, wanderer or gallivanter.

There's one thing I definitely learned by running in and out of communities on a daily basis, and that is people can be quick to label you upon first glance. There were people who viewed me as a jobless wanderer and actually yelled "Get a job!" There were times when people stopped their cars and asked me if I was lost, needed help, or was confused -- likely because I was on the edge of highways with a jogging stroller. If you were driving and saw a thin, tanned guy all alone pushing a stroller along the edge of the roadway you too may wonder what in the world his story is. Those who stopped to talk and learn about my running endeavors were incredibly supportive. They asked questions and learned that I was a father, had a job, and was the founder and president of a non-profit organization aimed at promoting youth health and fitness. I wasn't driven by wanderlust and certainly wasn't a vagabond, wanderer or gallivanter.

While on my various running adventures (across the USA, Germany, Alaska, Mojave Desert, etc.) I had some very bad experiences by people who had quickly come across my path and didn't know anything about me. I had objects thrown at me, was spit on, and was deliberately run off the road. I was called some terrible names and endured moments of profanity from some who apparently had nothing better to do than to try and discourage and disparage another person. I honestly believe that many people who saw me on the road viewed me as nothing more than an aimless wanderer who had nothing more in life than blisters and a weathered stroller of worthless belongings.

Some of the most genuine and kind encounters I had on the road were with homeless people. I would stop underneath overpasses -- where they were many times sitting in shade or out of the rain -- and chat for awhile before continuing on. I was never judged by a homeless person and actually gave some food and money to some that I could tell were truly hurting. There were certainly days when I was accepted more by those who were homeless than by those who were more fortunate.

These days, my life stays away from any actions that might fall into the perception of wanderlust, vagabond, wanderer or gallivanter. I appreciate the experiences I had on the road and believe that those experiences made me a better person -- a stronger person. I've always liked the words of 1 Corinthians 9:26, which reads: "I do not run like someone running aimlessly." In all of the running I've done, I always had an aim... even when others didn't understand it.