Do You Know the Number of Your Body Mass Index (BMI)? 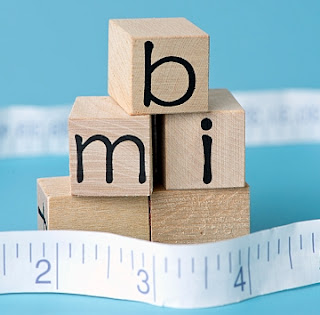 About 7 in 10 adults in the United States are overweight or obese, according to the Centers for Disease Control and Prevention. Too much weight raises your risk for heart disease, high blood pressure, stroke, diabetes, high cholesterol, and certain types of cancer. It’s also linked to sleep disorders, trouble breathing, and reproductive problems.

One way to identify if you have a healthy body weight is the Body Mass Index (BMI). BMI is a measure of body fat based on your weight and height. It’s a standard way to tell if you’re underweight, normal weight, overweight, or obese. Just keep in mind that BMI isn’t a perfect measure. It doesn’t take into account body composition, like fat percentage or muscle mass.

The basis of the BMI was devised by Adolphe Quetelet from 1830 to 1850 during which time he developed what he called "social physics". The modern term "Body Mass Index" was coined in a paper published in 1972 by Ancel Keys in the Journal of Chronic Diseases.

I do need to be running/cycling more than I have been. I have a 40-hour-per-week office job that requires a lot of desk time. However, I certainly don't want my BMI number to get any higher -- even though I am still in the 'healthy' BMI zone, I'm not overweight, and my annual physical exams show no issues to be concerned about. I believe that everyone should know his or her BMI number and make adjustments in their life to lower that number if needed -- even by one point. Want to know what your BMI is? Click here for a PDF to find out!

I should note that the BMI scale has been shown to be inaccurate for people who are very fit or athletic, as their high muscle mass can classify them in the overweight category of the BMI, even though their body fat percentages frequently fall in the 10–15% category -- which is below that of a more sedentary person of average build who has a 'healthy' BMI number.

There has been a lot of debate over the past few decades about where on the BMI scale the threshold for overweight and obese should be set. Because of this the standards have varied. Between 1980 and 2000 the U.S. Dietary Guidelines defined overweight at a variety of levels ranging from a BMI of 24.9 to 27.1. In 1985 the National Institutes of Health (NIH) consensus conference recommended that overweight BMI be set at a BMI of 27.8 for men and 27.3 for women. In 1998, a NIH report concluded that a BMI over 25 is overweight and a BMI over 30 is obese.

In the 1990s, the World Health Organization decided that a BMI of 25 to 30 should be considered overweight and a BMI over 30 is obese, the standards which the NIH had set. So, for the past 20 years these numbers have been the definitive guide for determining if someone is overweight.

People need to start taking charge of their weight! They need to educate themselves and take steps toward a healthier lifestyle. Knowing your Body Mass Index is a good first step. The latest reports show that 40 percent of U.S. women are obese, and American teenagers are also continuing to put on weight. Unfortunately, recent reports from the Centers for Disease Control and Prevention show that efforts to encourage Americans to lose weight (at least to stop putting on more weight) are having little effect. A study by Gallup and Healthways shows that obese adults are 29 percent more likely to say they lack purpose in life and nearly 34 percent more likely to suffer financially than non-obese adults.

The Trust for America's Health projects that 44 percent of Americans will be obese by 2030 — just 14 years from now.