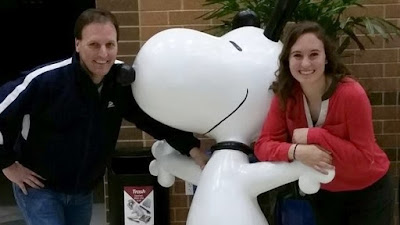 Last weekend Kelley and I were in Minnesota to watch my eldest daughter, Jenna, coach a high school varsity volleyball team. This is her first year as a head varsity coach and I am so proud of her. She juggles teaching 3rd grade and coaching high school volleyball.

I'm pleased to report that Jenna's team won while we were there!

I returned home and was curious about how many boys and girls play volleyball in the United States on high school teams. Last season, 55,417 boys and 439,309 girls played volleyball for high school teams across the country. That's nearly a half million volleyball players! So, how many of them will go on to play in college? My daughter played collegiate volleyball and got to experience the first round of the NCAA tournament as well as travel overseas with her team. However, many high school athletes don't make it to the collegiate level.

When it comes to girls volleyball, the NCAA states that only about 4% of high school players go on to play on collegiate teams. Also, only about 2% of all high school athletes end up capturing a sports scholarship to an NCAA school.

The NCAA reports that of the nearly 8 million students currently participating in high school athletics in the United States, only 480,000 of them will compete at NCAA schools. And of that group, only a fraction will realize their goal of becoming a professional athlete or an Olympian. According to a survey by the National Federation of State High School Associations, volleyball is the third highest sport for female participation at the high school level behind basketball and outdoor track and field.

My daughter was truly fortunate to be able to play collegiate volleyball. She worked very hard through middle school and high school, playing on both school teams and club teams. Now that her college years are behind her, she is in a position to coach high school athletes and help them reach their potential -- both as individuals and as a team. I began coaching when I was her age and have wonderful memories of so many athletes who worked hard and reached their goals. I truly hope that my daughter loves coaching high school athletes as much as I did. 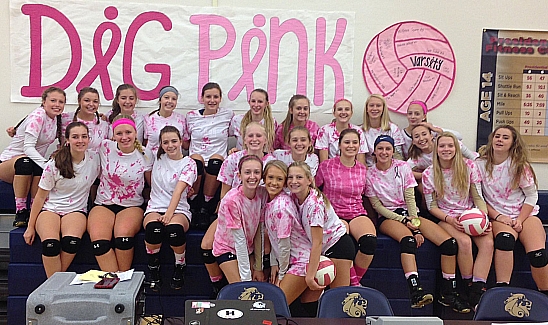