From the Playground to Across America... and Beyond! 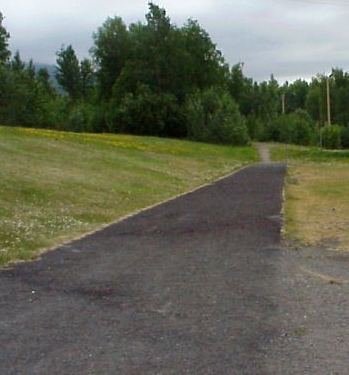 I've mentioned before in this blog that I started running in 1975 at the age of 10 by the prompting of my fifth grade teacher, who saw my ability and encouraged me to run. I wasn't old enough to be on a track team, so my running was primarily at recess... playing tag.

The next year my family moved to Eagle River, Alaska, and I attended Eagle River Elementary for 6th grade. It was there that I started to use recess time to try and become a better runner. There was an 80-yard area on the side of the playground (shown in the picture) that I would run up and down throughout recess. Looking back on it 40 years later, I'm sure many of the other kids thought I was a bit odd for doing so. However, I wanted to become a good runner.

Immediately after 6th grade I ran on track teams as a sprinter during my time in middle school (and back then we called it "Junior High"). To this day I honestly believe that all of the running I did during recess in 6th grade made me a better runner, helping me to win most of my races in 7th and 8th grade.

In 2009, I did a 500-mile run through Alaska and got to run back onto my old 6th grade playground 33 years later. I received a wonderful welcome from the students and staff, and there were two girls holding a banner which read "Welcome Paul & BOB!!!" Of course, 'BOB' was the nickname of the support stroller I pushed (BOB being an acronym for "Beast Of Burden"). I did an assembly at the school and shared details about my solo run across America and my Alaska running adventure. It was wonderful to see that the 80-yard stretch of pavement next to the playground was still there! Being back at that location over three decades later... and countless running miles later... was truly surreal.

So often I see kids on playgrounds standing in groups talking, or staring at cell phones. That's unfortunate. I always made the most of my recess time for physical benefit. In many ways, stepping back onto that playground in 2009 was like experiencing a full circle with my running. By then, I had accomplished my biggest goal as a runner, having run coast-to-coast across America. The young boy running up and down an 80-yard stretch of pavement during recess was able to run from one ocean to another while passing countless playgrounds across the country. I'm so thankful to my fifth grade teacher, Mr. Cummings, for encouraging me to be a runner. Now, 41 years later, I've logged tens of thousands of miles and my feet have carried me to places that 10-year-old boy never could have imagined. 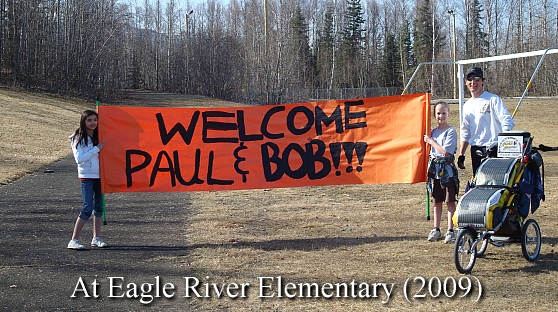