Divorce Frequently Results in a Lasting Negative Impact on Health 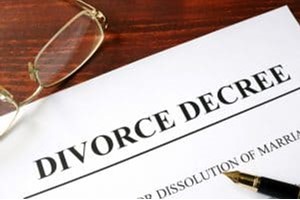 January is the most popular month of the year to file for divorce. In legal circles, January is referred to as "Divorce Month" because the filings are typically one-third higher than normal.

Statistics show that nearly half of all U.S. marriages end in divorce, with the typical marriage lasting just 8 years. I went through a divorce many years ago after a 25-year marriage. However, throughout the divorce process and the years following I was determined to keep my health as a priority. Today, I am happily remarried and my annual physical exams show that I am very healthy with no concerns and no need for any medications. In short, I'm fit as a fiddle at nearly 55. Yet, that is not the case for many people who have experienced divorce.

The Journal of Health and Social Behavior has reported that divorce frequently has long-term negative consequences for health. It's clear that a recent divorce is associated with an increase in poor health and depression in the near term, but this particular University of Chicago study examined the effect of divorce on health years and even decades later.

Compared to married people who had never been divorced, those who had were more likely to experience long-term health problems, specifically:

Sadly, there is one divorce in America every 13 seconds. That equates to 277 divorces per hour; 6,646 divorces per day; 46,523 divorces per week; and nearly 2.5 million divorces per year. That means there are 9 divorces in the time it takes for a couple to recite their wedding vows (2 minutes). Historically speaking, wives are the ones who most often file for divorce -- at 66 percent on average. That figure has soared to nearly 75 percent in recent years.