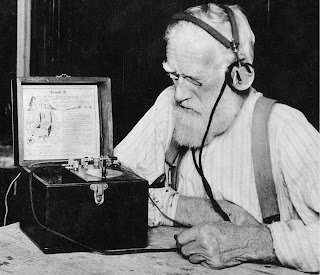 In 2020, we're celebrating 100 years of radio broadcasting, which began in earnest in 1920 when Westinghouse launched the first radio station broadcast out of Pittsburgh, Pennsylvania. Of course, that was seven years before the invention of electronic television.

In 1920, there were 8 commercial radio stations in the United States. Today, there are nearly 16,000. Many people are not aware that in the 1930s, some states in the U.S. tried to outlaw car radios! There was a fear of radios distracting drivers or the music lulling them to sleep. That's almost comical in today's world where we have drivers actively using cell phones and other Internet-connected devices.

Research shows that 227 million American adults tune to AM/FM radio each week, with 84 percent listening in a car. Sure, you have to put up with commercials now and then, but the listeners in the first two years of radio didn't have to. Radio commercials didn't begin until 1922.

It is estimated that approximately 80,000 Americans are 100 years of age or older. Could you imagine being older than radio? For those that are, congratulations! And, happy birthday radio! We'll keep on listening!