The Last Mile -- Saying Goodbye to the VW Beetle 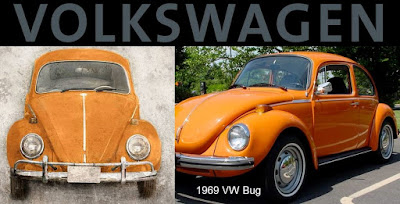 Volkswagen is saying goodbye to the Beetle, which recently ended production. Volkswagen has discontinued the iconic Beetle compact car due to declining sales and is looking toward a future with mass-market electric cars. The VW Beetle has been around since the 1930's and my first two cars were VW Bugs.

Just so you know, there is no difference between "VW Beetle" and "VW Bug." The term "VW Beetle" was the name given to the Volkswagen Type 1 by the public. It wasn't until the late 1960's that the term "VW Beetle" was adopted by the manufacturer (Volkswagen) for marketing and promotional purposes. Beetle is the official model name. Since a beetle is a bug, people started calling the VW Beetle a bug -- likely because it's easier and faster to pronounce.

When I started my senior year of high school (1982), I put a Cobra CB radio in my Bug. A couple of my buddies also had them so that we could talk to each other while we were in our cars. This was long before the Internet and cell phones came on the scene. CB radios were primarily used by truck drivers in the 1970's, but my father had one in his car as I was growing up. From his car, he could speak with my mother -- who had the "base station" in our house. After I graduated from high school, the first analogue cellular system was launched in America. However, it wouldn't be until 1993 that IBM would create the "Simon" phone, considered by many as the first smart phone. Mobile phones with full Internet capability wouldn't show up until 1999 (sixteen years after I graduated from high school). Although CB radios are not seen near as much as they were in the 1970's and early 1980's, they are still around. I'm glad that I got to experience communicating via CB long before cell phones, texting, instant messaging, and all the rest was invented.

At the age of 20 I purchased my second VW Bug and named it "Chocolate Thunder." I called it that because it was chocolate color and the muffler was shot and sounded like thunder when it went down the road! It was a good car for a couple of my college years. In a couple of months I'll be turning 55 years of age and its been over 30 years since I've owned a VW Bug. I'll always have fond memories of being behind a VW steering wheel, including a 2,500-mile solo drive from Montana to Alaska back in 1985.

Goodbye VW Bug and thanks for the miles!