The NBC News "Making a Difference" Team Cancelled Our Story 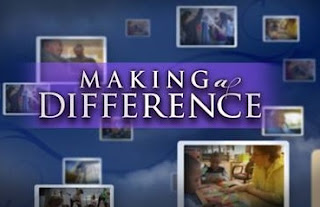 In May 2006, I was contacted by NBC News with respect to the successful virtual run across America program that I created and which 97 elementary children at a small Montana school accomplished. After answering several questions, I was told that NBC News' Making a Difference segment wanted to do a feature about the students and about my promise to run across America solo. I shared the news with the kids, and they were all very excited.

The "Making a Difference" national news segment first aired in November 2005, about seven months before I was contacted by NBC News. The goal of this particular segment is to share positive and uplifting stories from communities around the United States. Because the education/fitness program I created generated national attention during the 2005-2006 school year (primarily through small town news sources), NBC News had heard about it -- and the students' success -- and wanted to feature the story for a national audience. Unfortunately, a few days after initially contacting me, an NBC News reporter called and said that they decided to pass on doing the feature because the end of the school year was too close and they didn't feel they could get their camera crew to our location in Montana fast enough to do an effective story. The story was cancelled and the kids were disappointed, as was I.

The "Making a Difference" segment still airs on NBC News -- usually at the end of the news broadcast. I believe that had NBC News followed through with putting our story on the national broadcast segment that more doors may have been opened for expanding the learning/fitness curriculum I created and ultimately enhancing the effectiveness of the non-profit foundation I launched called The P.A.C.E. Fitness Foundation.

Sometimes, opportunities pop up and then suddenly vanish unexpectedly. That occurred numerous times as I spent five years running across states and countries between 2006 and 2011.